Now that the Fitbit Charge 2 has been released I know from first hand experience that a lot of people will be looking to buy a Fitbit and will be interested in trying to save some money by purchasing the cheaper and older model the Fitbit Charge HR instead. Well, you’re in luck because we’re big fans of them in this house and I’ve been wearing one for atleast six months now and have plenty to tell you about my experience. 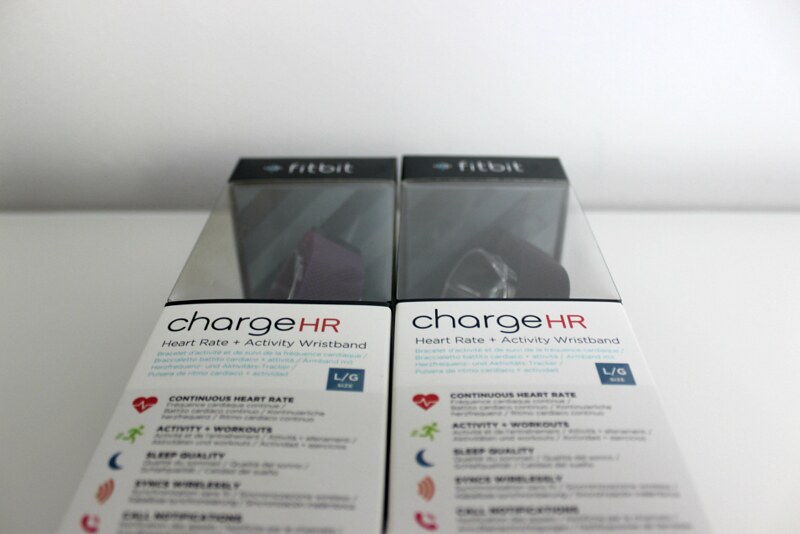 If you’re not familiar with the Fitbit range or what exactly one is then let me introduce you. The Fitbit Charge HR is a fitness-orientated bit of kit that you wear like a watch and comes under the classification of smart wear. Initially launched as a pedometer with the Zip and One models, the Fitbit Charge HR is what you could call the grown up older brother of the first pieces of kit that the Fitbit made. To begin with people who brought a Fitbit product tended to get them because they were really into going to the gym and registering their exercise or looking into how many steps they would do in a day – since then we’ve had the development of the Fitbit Charge HR where not only step-counting became the in-thing but so did registering your heart rate and your sleep. 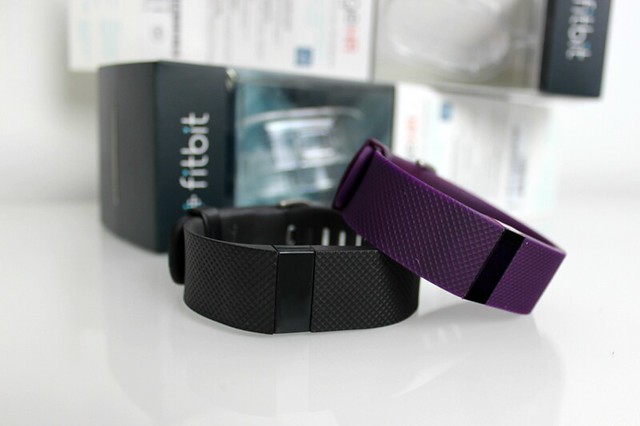 I own the Fitbit Charge HR in purple and Rick has the same in black and we both wear large. I can’t stress this enough but small bands are really small and if you’re buying you’ll most likely need a large even if you think you have slim wrists. You couldn’t change the bands until the Fitbit Alta came along so whatever colour you buy you’re stuck with, but the range is quite versatile so there’s no worry about not being able to pair your Fitbit Charge HR with whatever outfit and get away with it. Purple is my favourite colour so this was my first choice hands-down and I’m pleased to say that unlike the Flex my Fitbit Charge HR hasn’t marked or stained at all even though it’s a bright(ish) colour.

So how does the Fitbit Charge HR work? Well as soon you get it out it’s box you sync it up with your smart phone by downloading the Fitbit app and registering an account (which is completely free) and voila, you’re ready to start registering your steps. Now you’ll see that whenever you hold the wrist you’re wearing your Fitbit Charge HR on up to your face you can see the correct time, and by tapping the display all sorts of other customisable informations such as your steps, heart rate and how many flights of stairs you’ve walked up and down. The Fitbit Charge HR works in the background by registering how many steps you take in a day and translates that into the app for lots of juicy data for you to play around with all day. 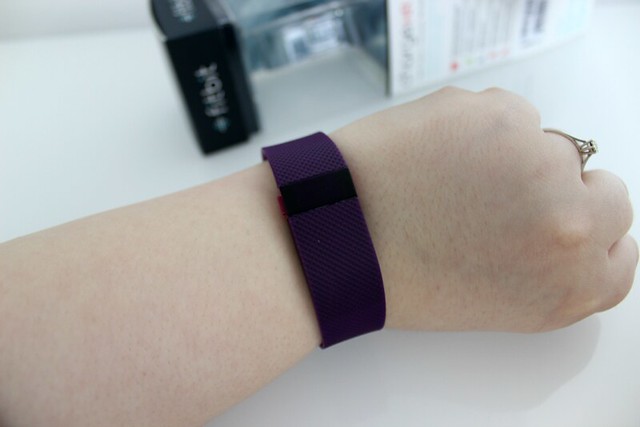 What makes this smart product for me is the app. Fitbit have really got it down with an easy to use and follow app with built in tools for you to easily change your step target, look more closely into your sleep or even tally up your exercise. Better still, you can sync the app and Fitbit Charge HR up with other apps such MyFitnessPal which is what I use to register my calorie intake when dieting. MyFitnessPal will translate your steps and exercise from the Fitbit app and turn those into calories burnt against the food you’ve eaten so you know if you’re under or over target for a day – my favourite and most used feature of them all.

I also like to play around my step target on my Fitbit Charge HR, because I’m on my feet all day I do an average of 9000 steps in a day and roughly 12 or so flights of stairs so whenever I achieve my step target my Fitbit Charge HR will vibrate on my wrist in celebration. This is a great motivational tool for days when I’m not at work and need something to get my bum to the gym so I can still achieve that target or to walk rather than catch the bus home if I’ve not quite met it whilst out. 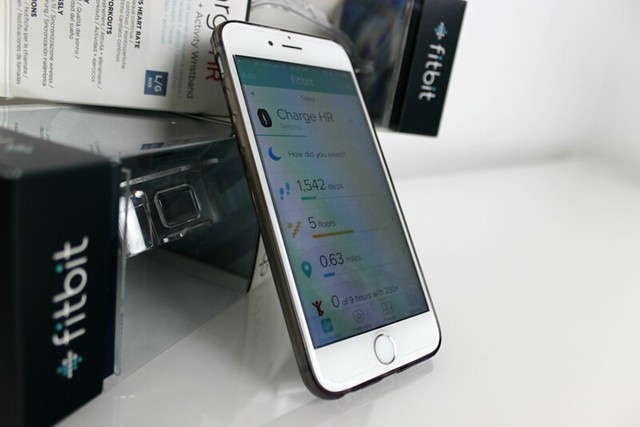 You can wear your Fitbit Charge HR to sleep in and register your sleep but I personally don’t. One of the mega-big features of this wristband is that it registers your heart rate near constantly by flashing a blinking green light against the capillaries under your skin, this is under the band but in the pitch black of nighttime in my bedroom I have on occasion turned over in my sleep whilst wearing the Fitbit Charge HR and dazed myself with the light. You also can’t wear this in the shower or to go swimming with because it isn’t waterproof only water resistant so you can wash your hands or get caught in a rainstorm wearing it only but this doesn’t bother me too much because I really only wear my Fitbit Charge HR just like a watch.

Some say the step counter isn’t accurate nor is the heart rate monitoring but I don’t mind in the slightest. The fact of the matter is you will never truly get an accurate reading wearing any smart device on your wrist because of how your body moves you’d need to have it attached to your hip instead (like the first Fitbit models) and wear an extra heart rate monitor attachment. 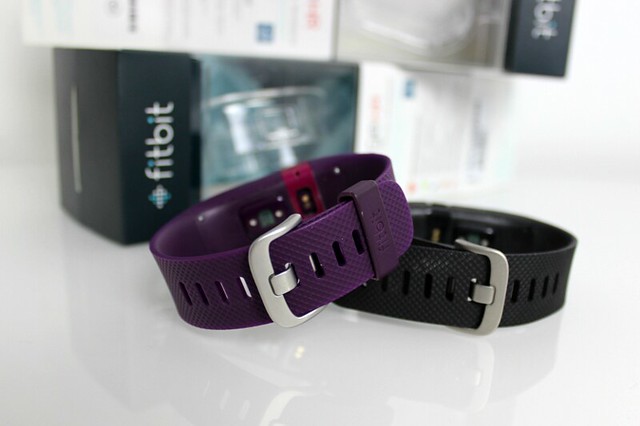 I really do love having a Fitbit Charge HR and I wear mine almost daily. I find mine to be a really good tool for working out how much exercise I’ve done in a day and seeing how high I can get my steps up to, especially because I can challenge any of friends to do more than me. Even though there are some negatives to the Fitbit Charge HR don’t let it put you off buying one because in my opinion they are one of the best out there for usability and style because they’re just so easy to get started with and fit into your daily life. Oh, and don’t even get me started on wearing it to the gym! I love setting off the timer and registering how much long I’ve been working it on the treadmill, how far I’ve travelled and how high my heart rate has been.

Do you have Fitbit product? What do you think of the Fitbit Charge HR? Let me know in the comments.