Can you believe that summer is nearly over?!? It seems like only yesterday we were all bragging about the stunning weather and then it’s like all of a sudden there’s back to school stuff in the shops and I’m getting press releases about A/W collections… whutt? 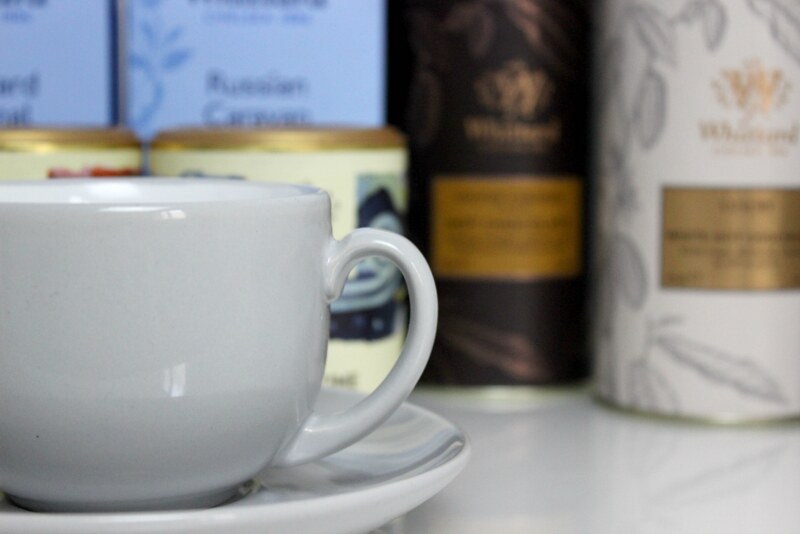 As much as I love a good tan line I’ve been eagerly awaiting the start of autumn for a good few weeks now because it’s that, as the the nights draw closer, there’s more snuggle time to get cosy on the sofa with my Mister, a good film a candle burning merrily on the coffee table. Actually, ya know what makes that scenario even more dreamy? A mahoosive cup of tea.

We are big tea fans here at Eaglestone towers and even though my partner is mad on all different types of teas and flavours I’m a little more restrained with my tastes. Generally, I love a good cup of builder’s brew strong enough to stand a tea spoon up in whereas Rick will drink anything as long as it’s got a generous dash of milk. It was actually a work colleague of mine talking about Whittard hot chocolates that prompted us to go hunting for a sweet treat in a branch and next thing you know we’re spending all of our pocket money on practically the whole stock room. Alright so there’s was a 3 for 2 offer on at the time but I did not expect to come home with such a haul! 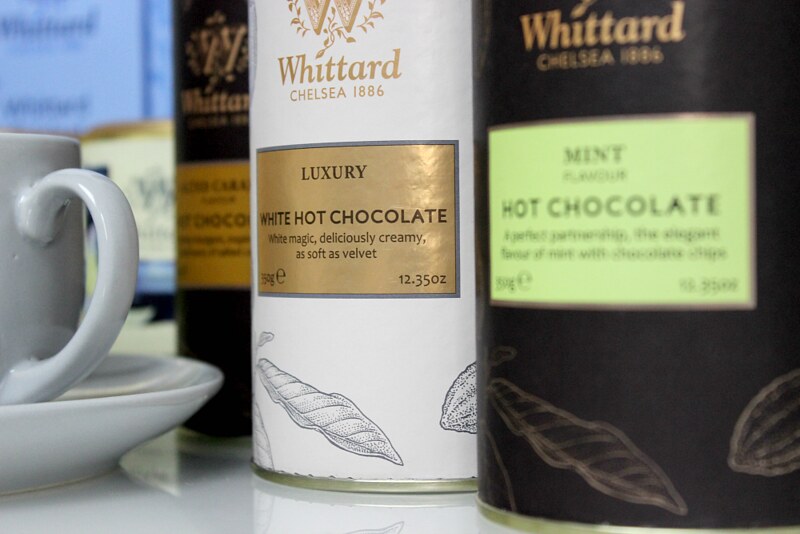 I’ve popped into the Whittard’s in Cardiff a few times but the branch is in one of the other shopping centres in the city which is a little bit of a walk away from the shops I usually visit and, to be honest, I don’t really go down that end unless I’m doing something boring like going to the Post Office. What I do like to do when I get the chance is have a little window shop at all of the stuff they sell because they also stock some gorgeous china tea sets. 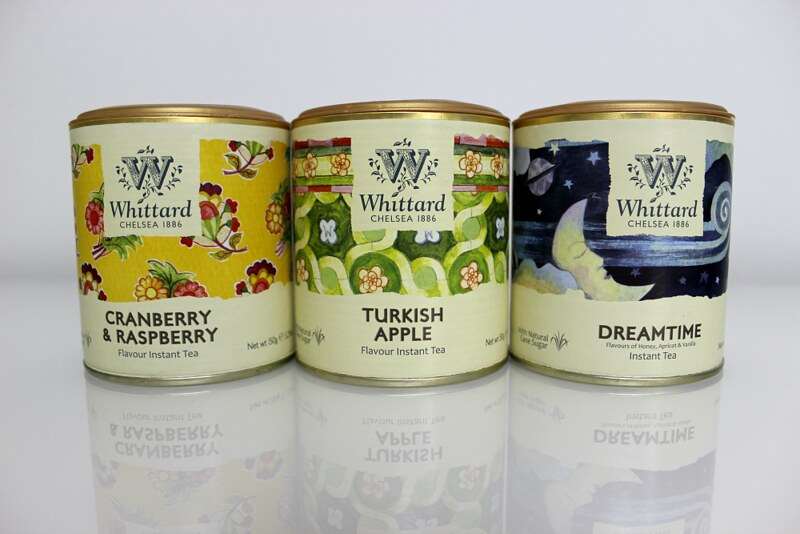 One thing we decided to pick up and buy after trying a sample in the shop when we went this time was the Dreamtime Instant Tea. We got a three pack of some different flavours and I’m supping on a warm Cranberry and Raspberry Instant Tea as I type this. I’m not a huge fan of these teas because I don’t generally like fruity teas anyway but I don’t mind a cup of one of these to settle my stomach, or just to satisfy a sweet tooth when it cools down to just below room temperature. The Dreamtime tea however is a massive hit with Rick who has issues with his sleep on his best days and he’s mentioned a few times to me that this helps him wind down and start the process of trying to shut his brain off to sleep. 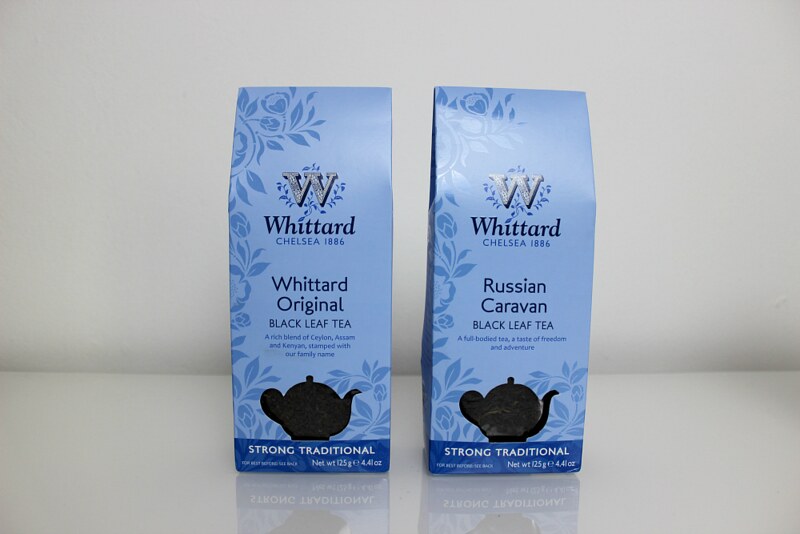 We own a small stump teapot so rather than buy a tea infuser for loose tea we set it up and have either a large cup for one person or two small ones to for each of us. I was reluctant to try anything different from my preferred flavour of what I’d call proper tea but I’ve started to develop a taste for the Russian Caravan Black Leaf and quite like a cup in the morning before work. We haven’t tried Whittards own blend yet but I’m sure we will eventually. 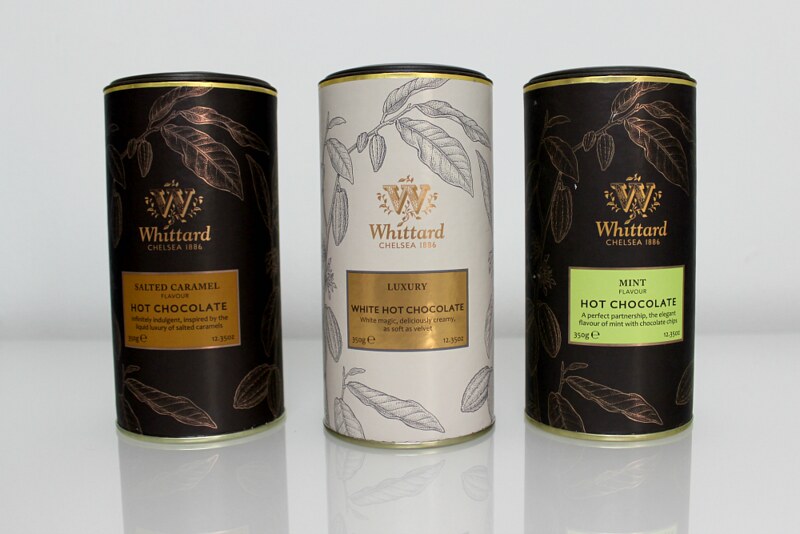 I’m currently going through a love affair with white chocolate drinks. We’ve had a coffee machine installed at work that does steamed milk and a spoonful of some Luxury White Hot Chocolate at the bottom of a cup and a squirt of steamy warmness later… oh Heavens! There was a three for two offer on so we just went to town on all of the hot chocolates available and we especially love the Salted Caramel with some whipped cream and mini marshmallows. My hot chocolate stash is prepped and primed for autumn! 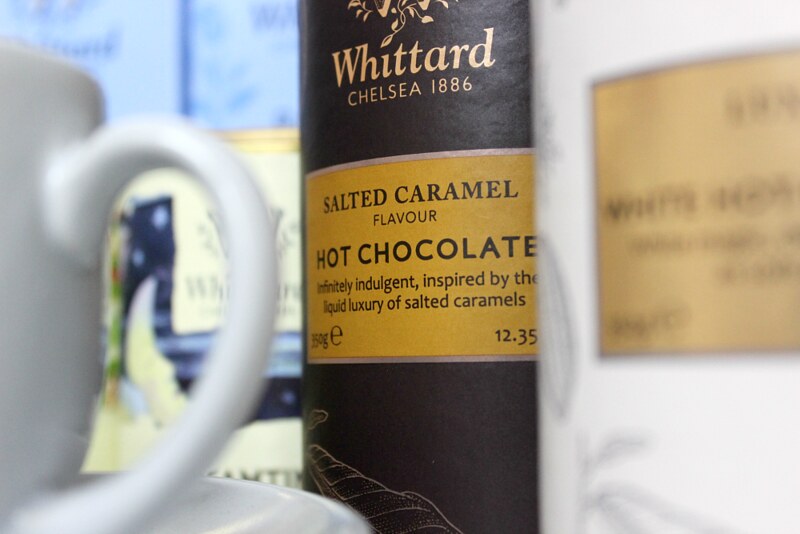 I really like the packaging on all of these teas and hot chocolates but I notice that they’re mostly disposable. If we were to build a tea flavour collection – which is looking likely with the amount with have in the cupboards at the moment – I would probably invest in some of the metal caddies which are a bit dearer because the gorgeous designs that feature on the products tend to continue throughout ranges.

FYI, you should totally get following Whittards on Instagram because they post some amazing drink recipes that I am bursting to try!