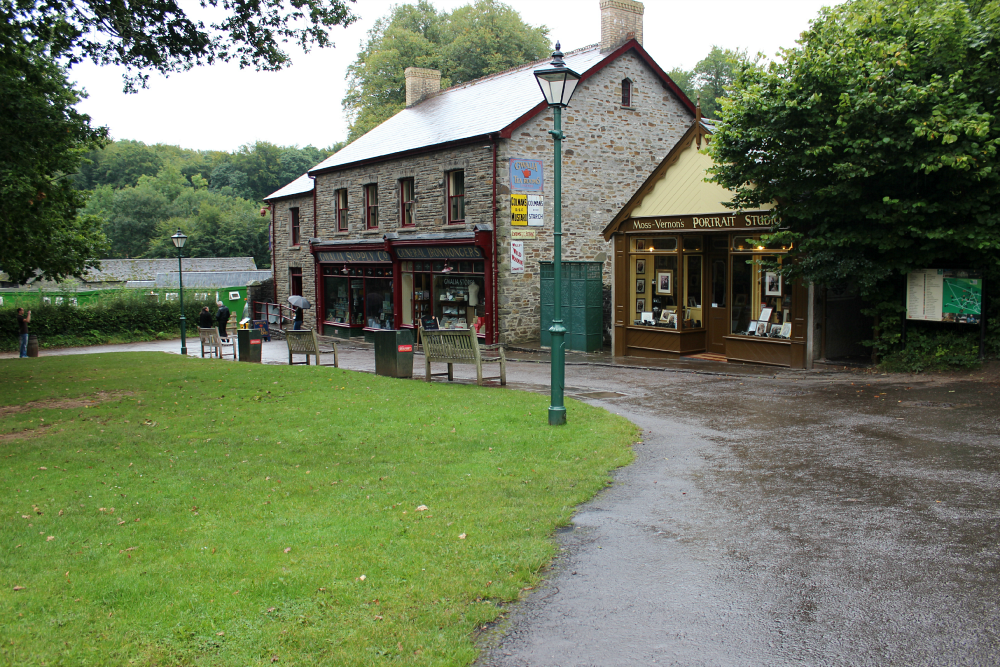 As a person that’s moved home quite a few times before, I have come to really enjoy exploring new areas. There’s nothing more exciting to me than planning a day where there’s new things to travel to see, experience and enjoy – and it’s even better when you have someone to share it with.

Moving really took it out of us so we didn’t go exploring straight the way – but I’ll write a post about that later.

However, once most of the boxes were unpacked, the fridge full of food that was semi-decent enough to make into a full meal and those first few nervous days of my new job role out of the way; Rick and I decided to venture to a place that’s right outside Cardiff: The Museum of Welsh Life in a little village called St Fagan’s. 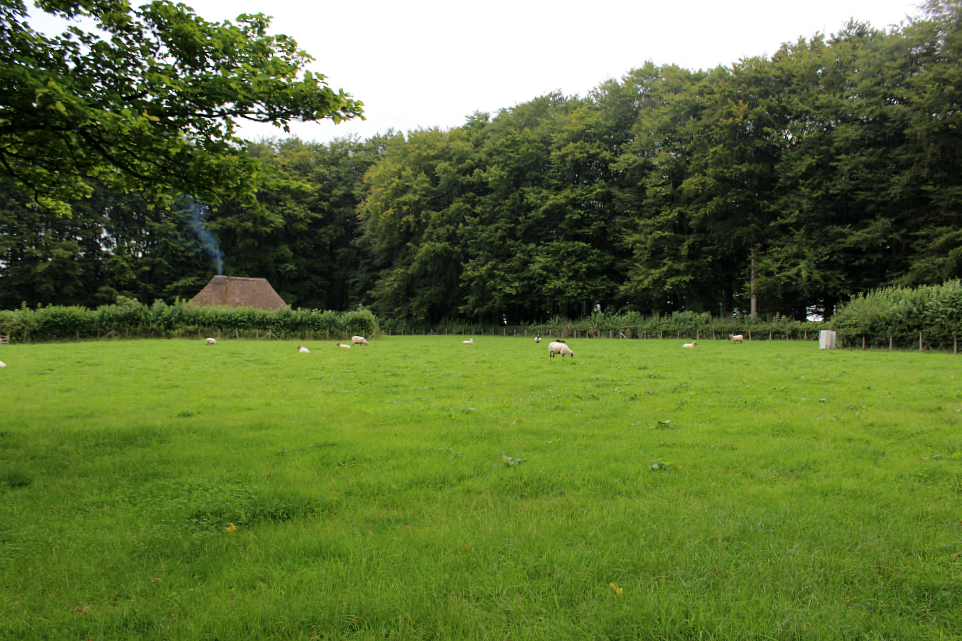 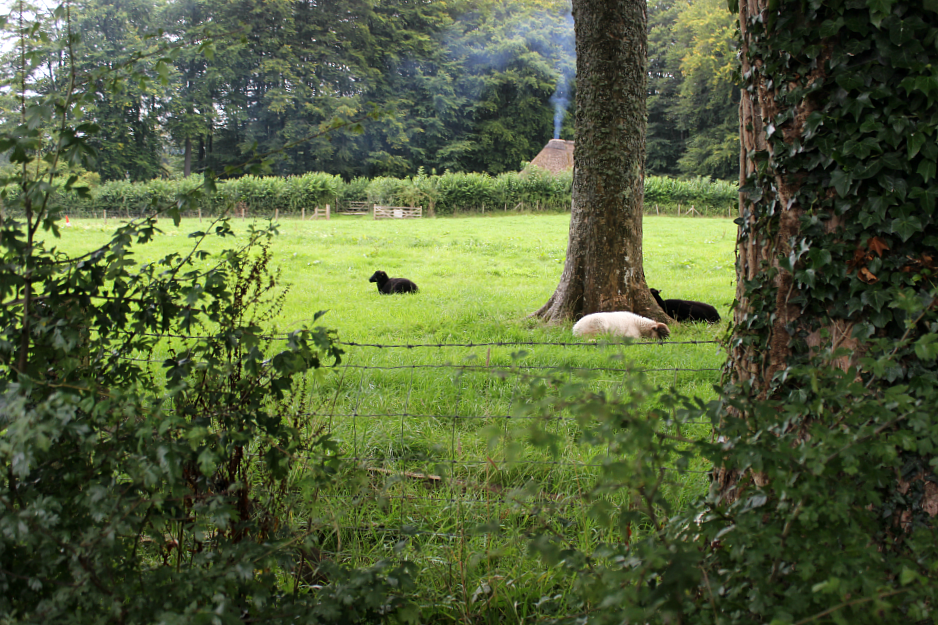 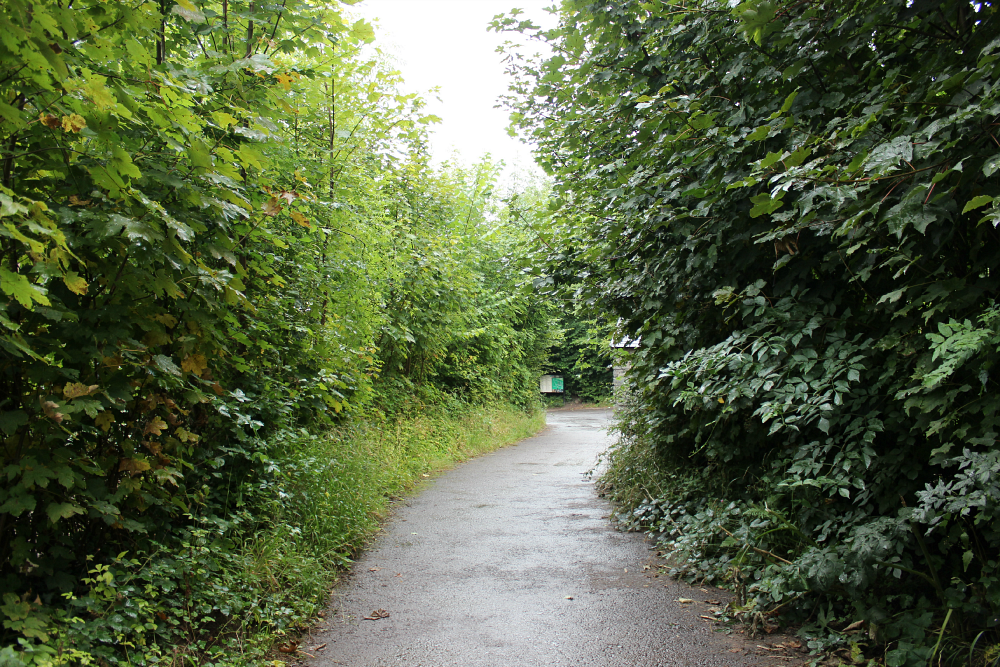 The museum isn’t your typical dowdy building full of dusty old artefacts and the odd painting, the site of this museum spans what I would call a hamlet. Rather than cast your eyes of exhibitions in one or two buildings, you’re encouraged to walk the full route of the olden village – look into the houses and speak to the staff who sit in them about the history of the place. 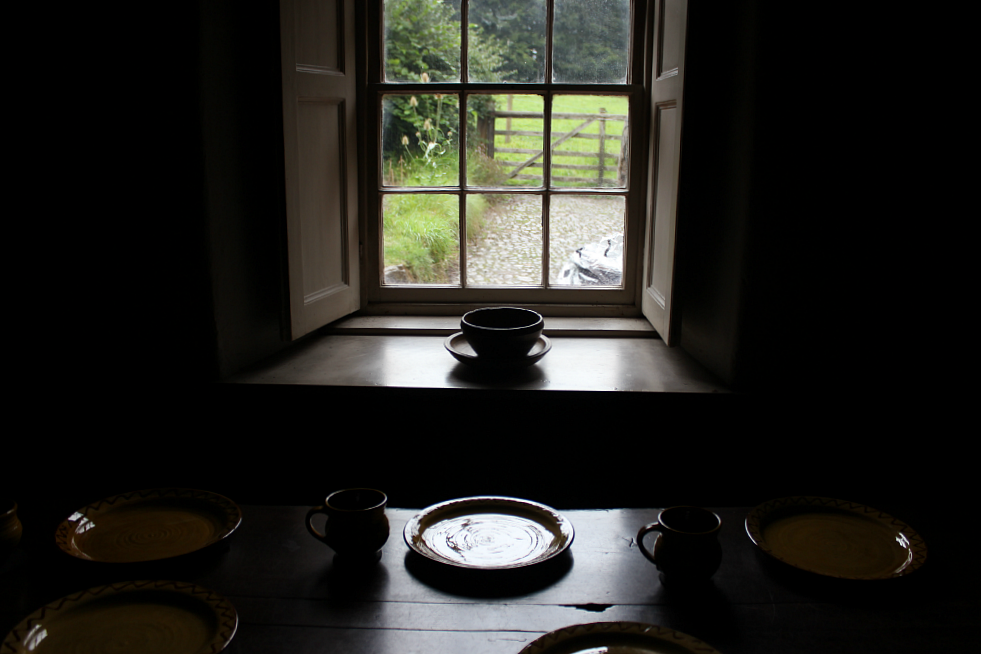 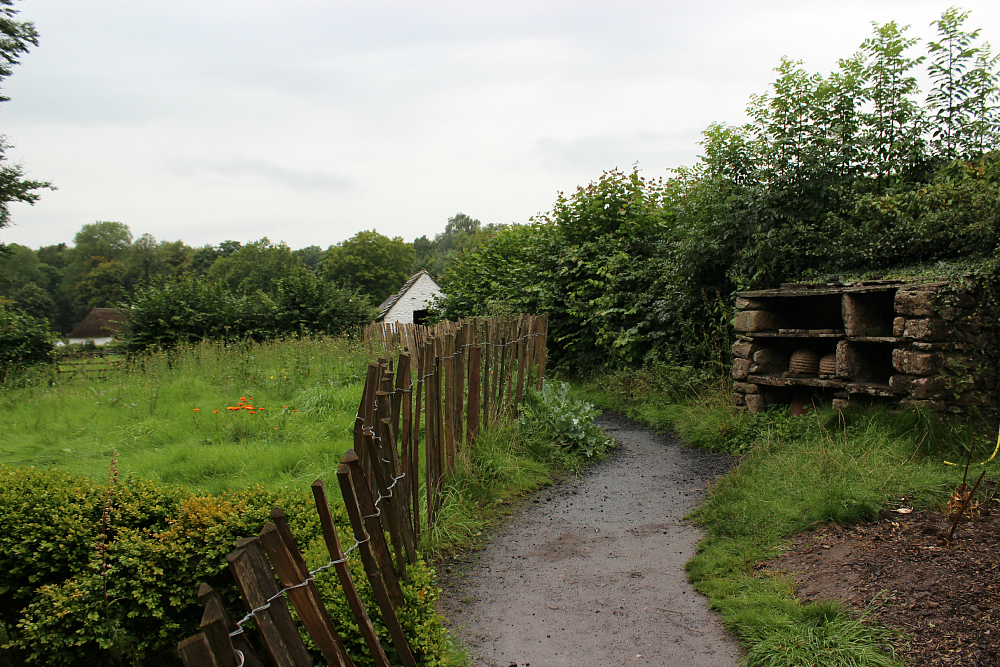 We chose one of the wettest days ever to go out and explore, which to be honest isn’t too difficult as it rains all the time in Cardiff. Nonetheless we enjoyed having a good wander from house to house and reading up about the people who used to live there and their trades. I’ve now seen enough Welsh dressers to last me a lifetime and my clothes stink of smoke from the open fires a few of the staff members were tending to in the houses – but hey – I wasn’t exactly complaining about the warmth and cosiness of them at the time. 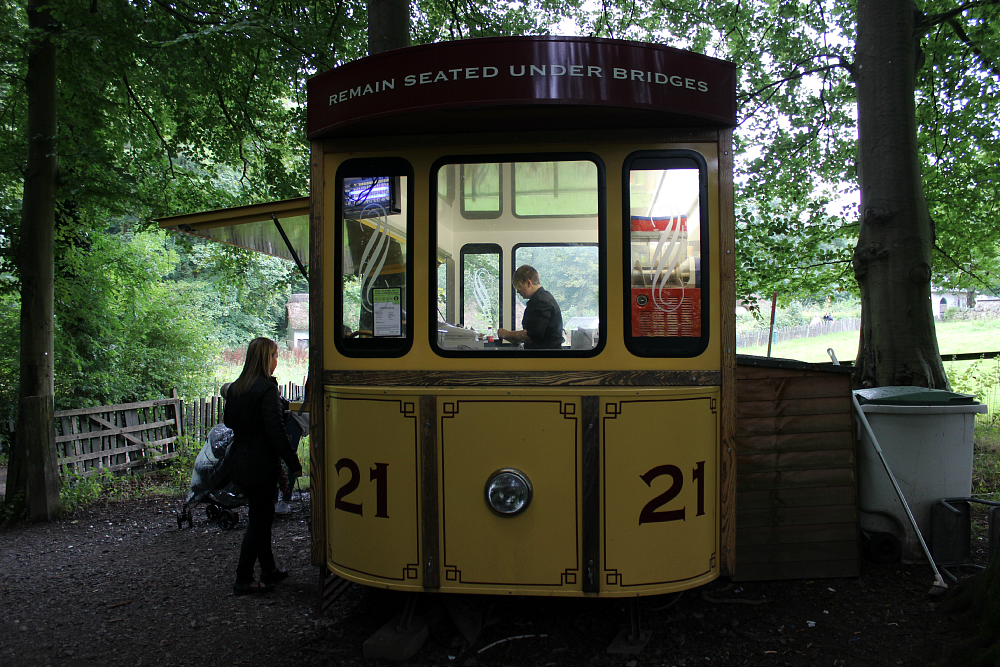 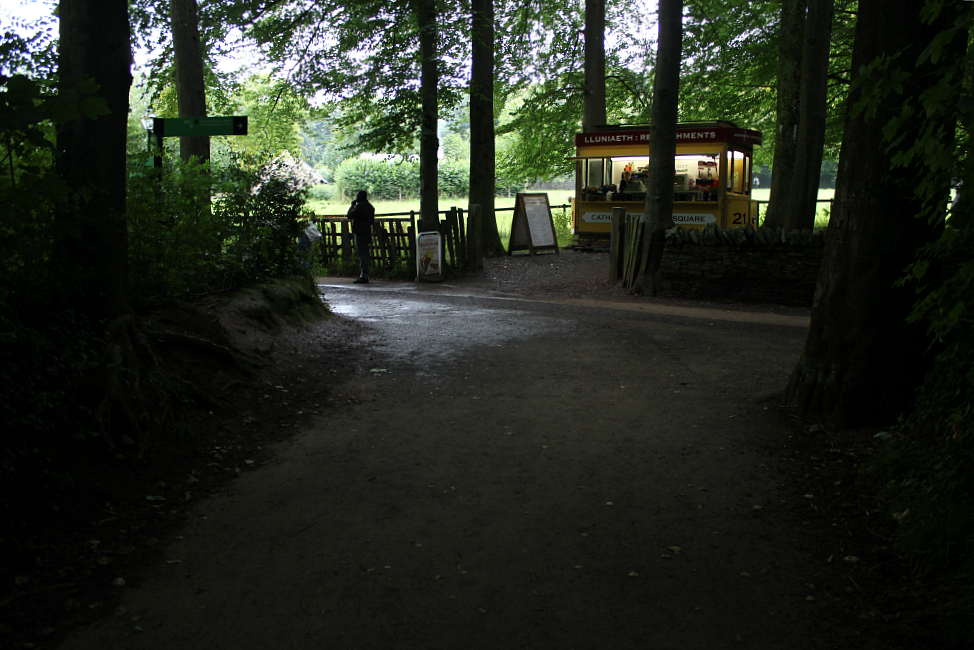 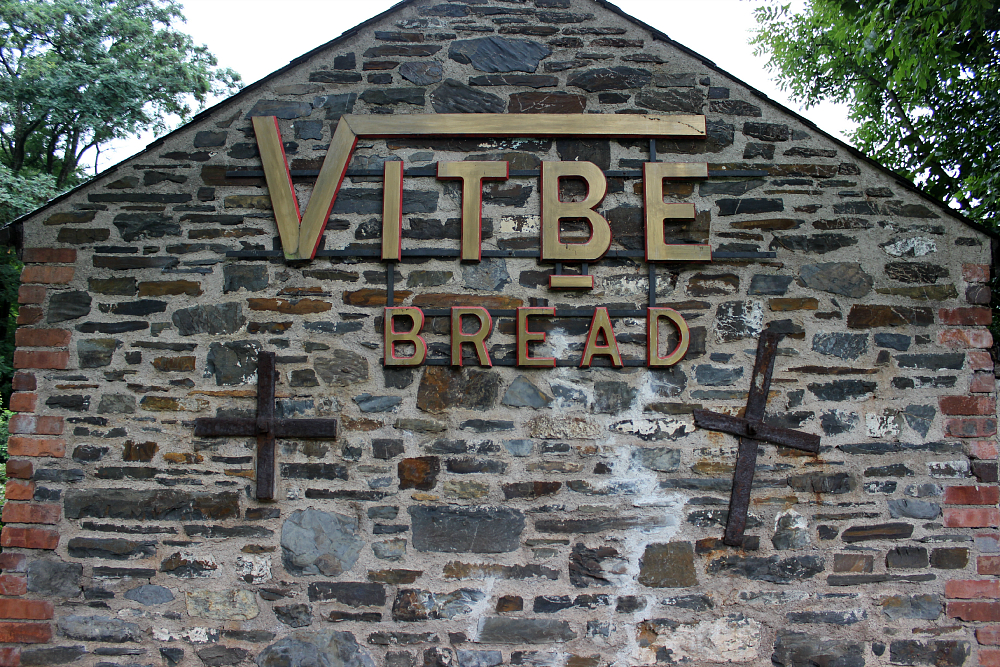 There’s a stunning bit of countryside to walk through between buildings, and being as the place is free to go to, there were loads of people out on a washed-out bank holiday Sunday to make it pretty busy. I lot of people went out more prepared than us with rain macs and wellies, I do admit my Chelsea boots do need a good wash now. 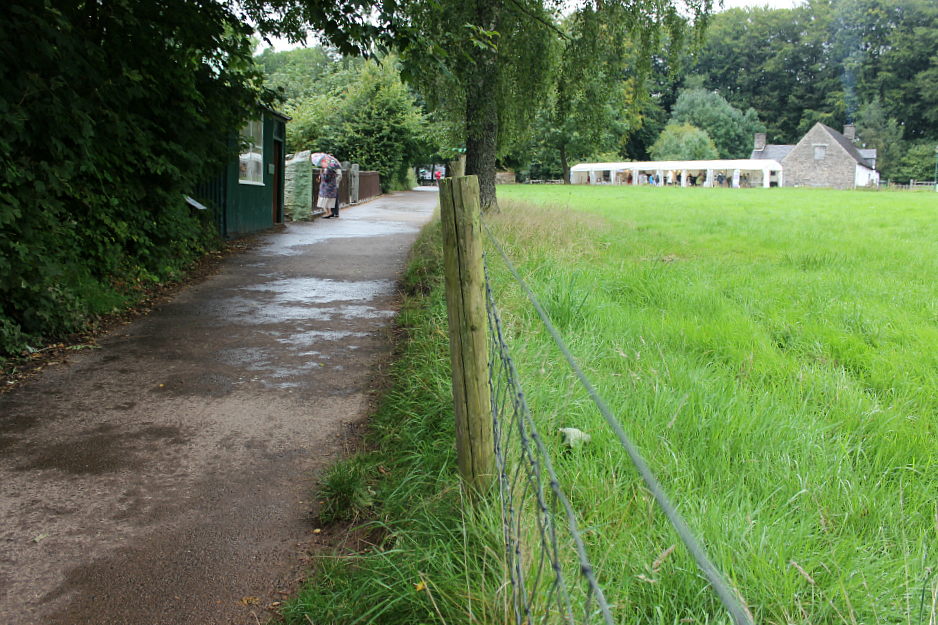 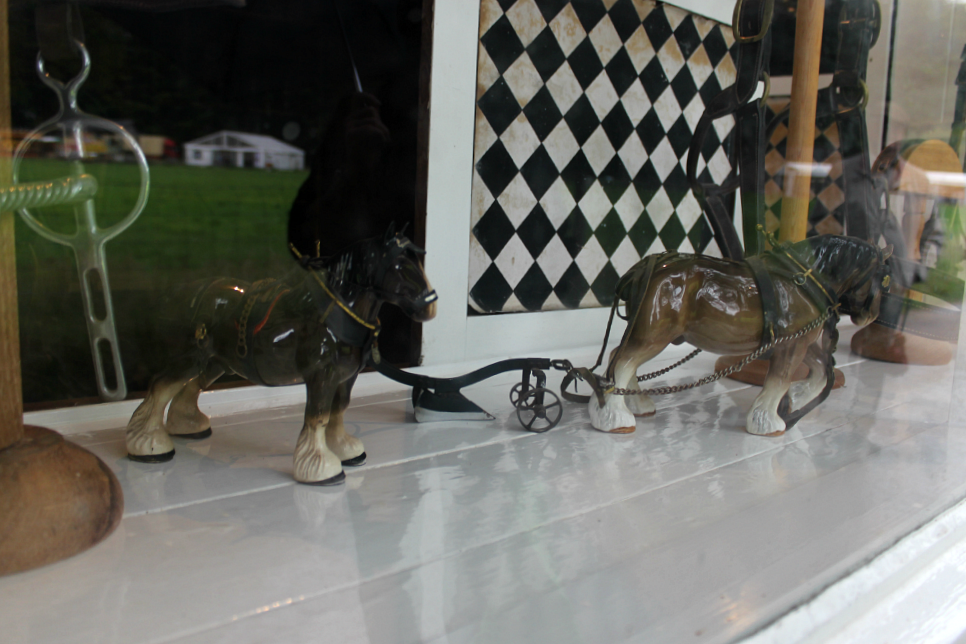 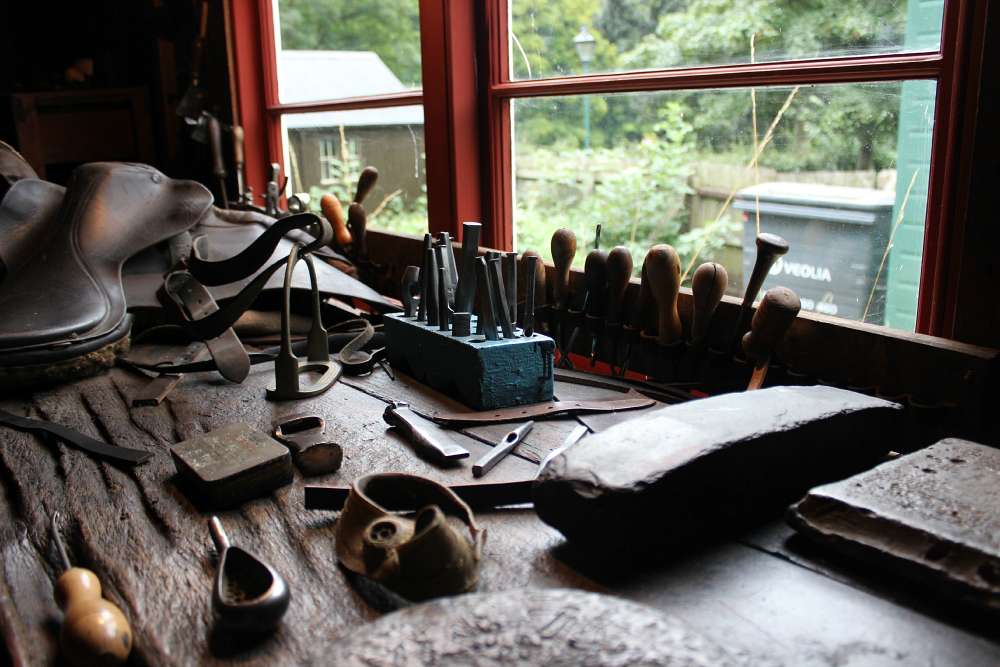 Not only could you walk into the houses and a have a good nose around but there was also a school house, mill and ‘castle’ there. I say ‘castle’  because it was tiny. We didn’t explore the full site on this day, but we will be going again to have a nose around in the gardens and see some of the buildings we didn’t pop into. There’s live demonstrations that happen at scheduled times throughout the day and I want to go back and see some of them in action because we somehow missed all of them going between buildings… call it awful time management and taking ages to get between each location. 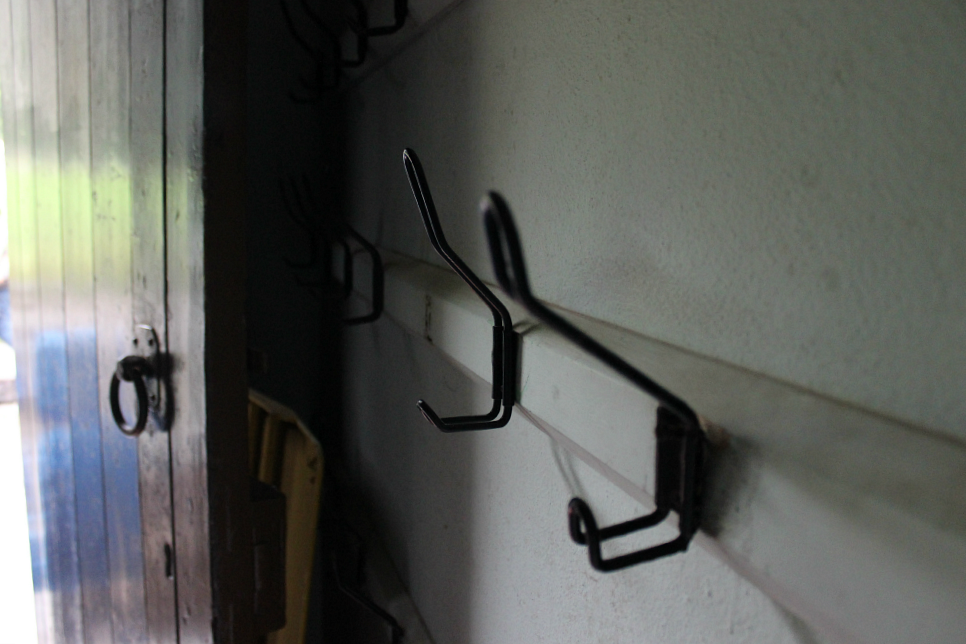 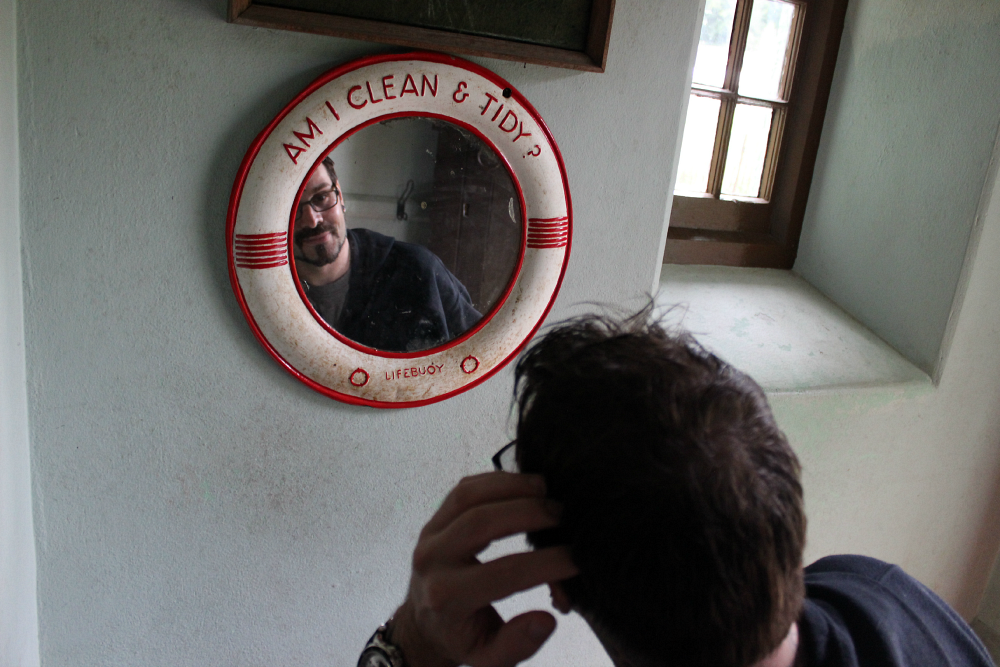 Did I mention how vain Rick is? Give the boy a mirror and he’s all for giving himself a good once over, I struggled to pull him away! 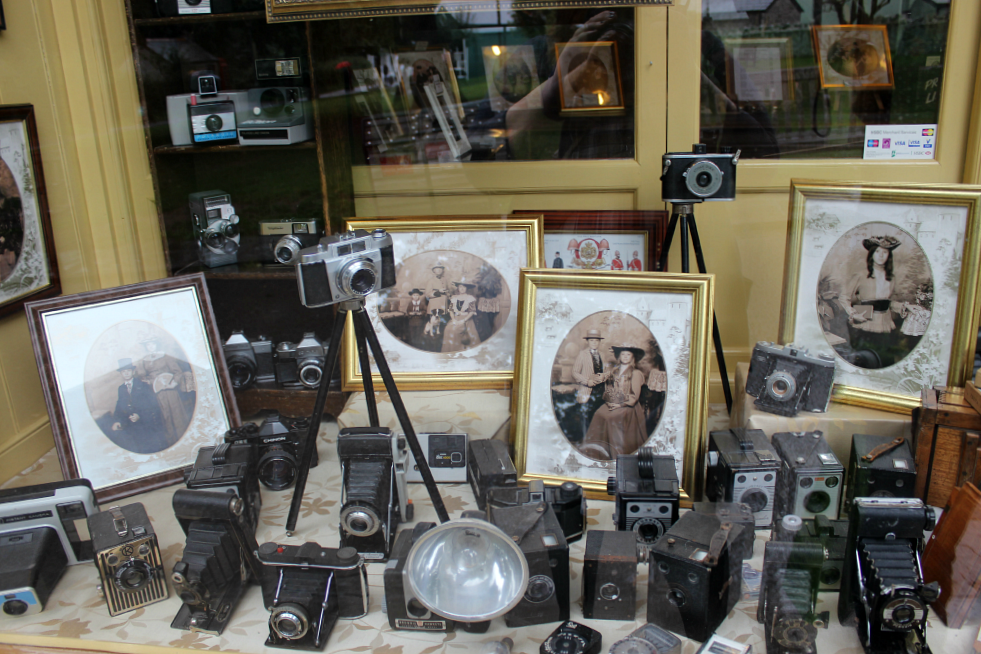 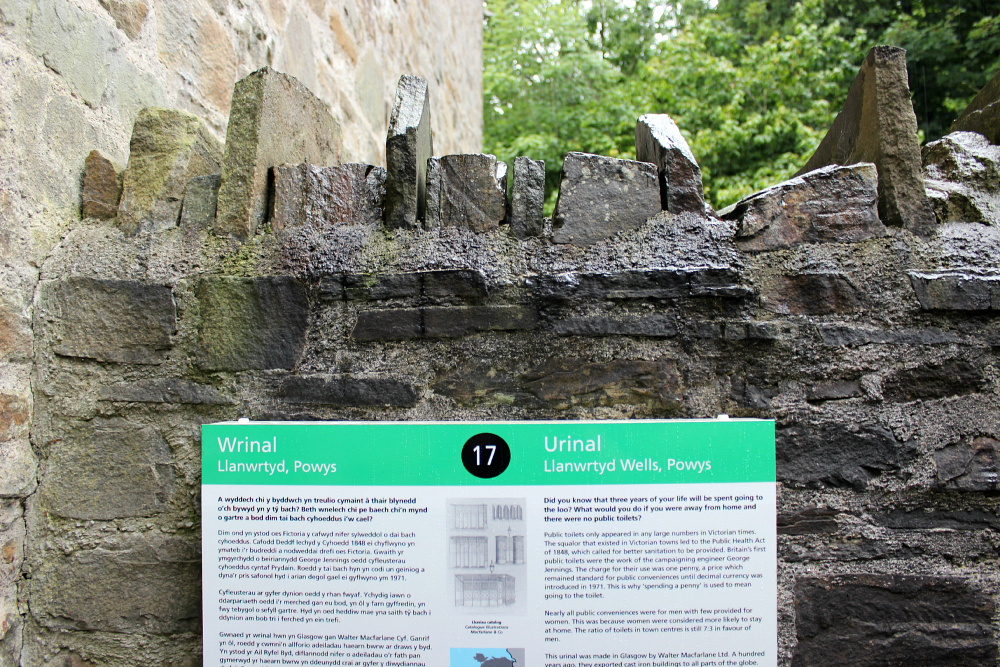 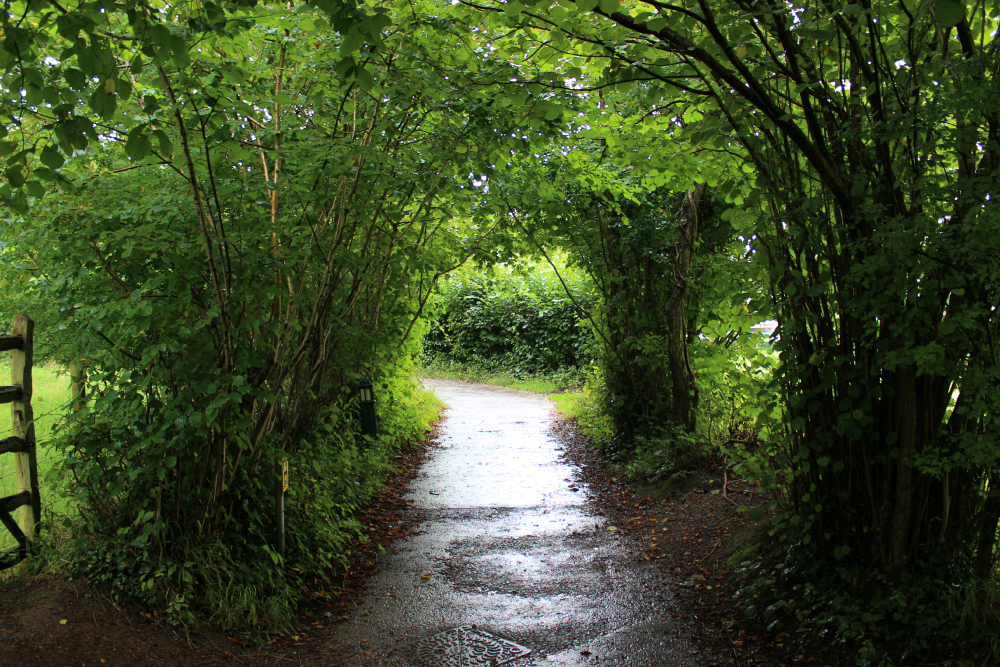 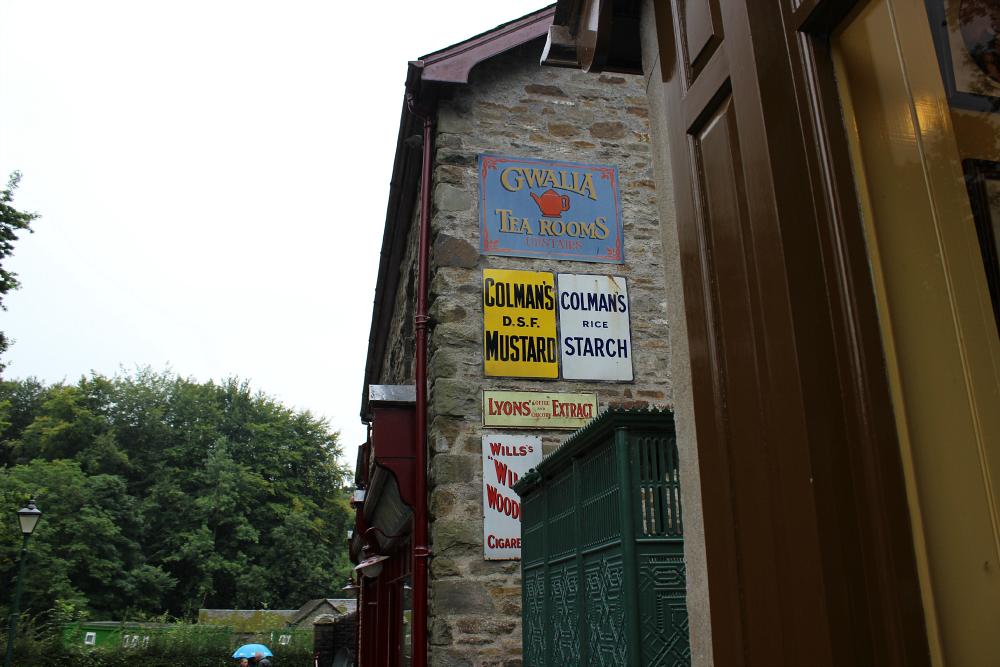 In the middle of the site is two or three tea rooms to go sit in and have lunch or a snack. We went and sat in one that was right next to the loos in a little stone house because the one pictured was apparently the most popular, we couldn’t even get a seat to sit down and we struggled in the other place as well. This area was the central part of the museum and full of little shops that sold all sorts of things from sweets to liquor. You could even dress up and have your photo taken professionally, just like from the olden times. I want to go back another time and have one taken – I don’t know if I’d dare put the picture online but I bet it’ll be a right giggle. 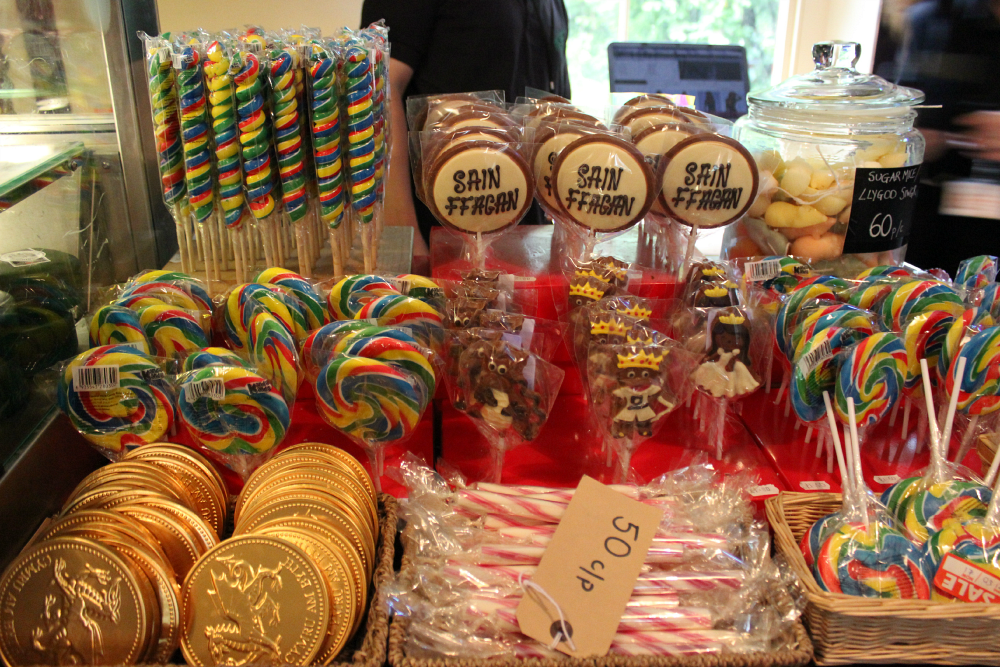 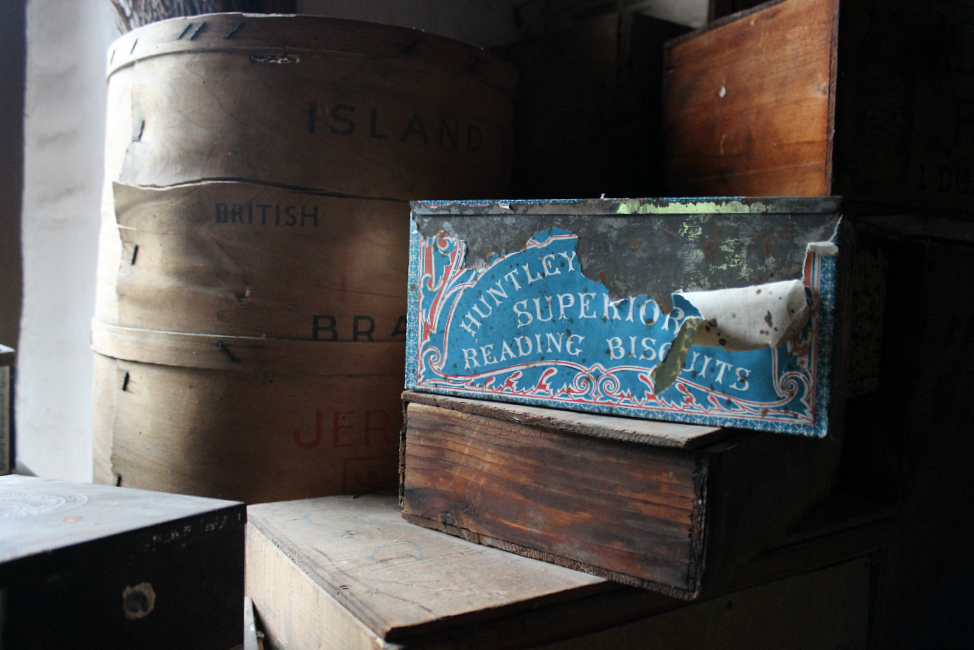 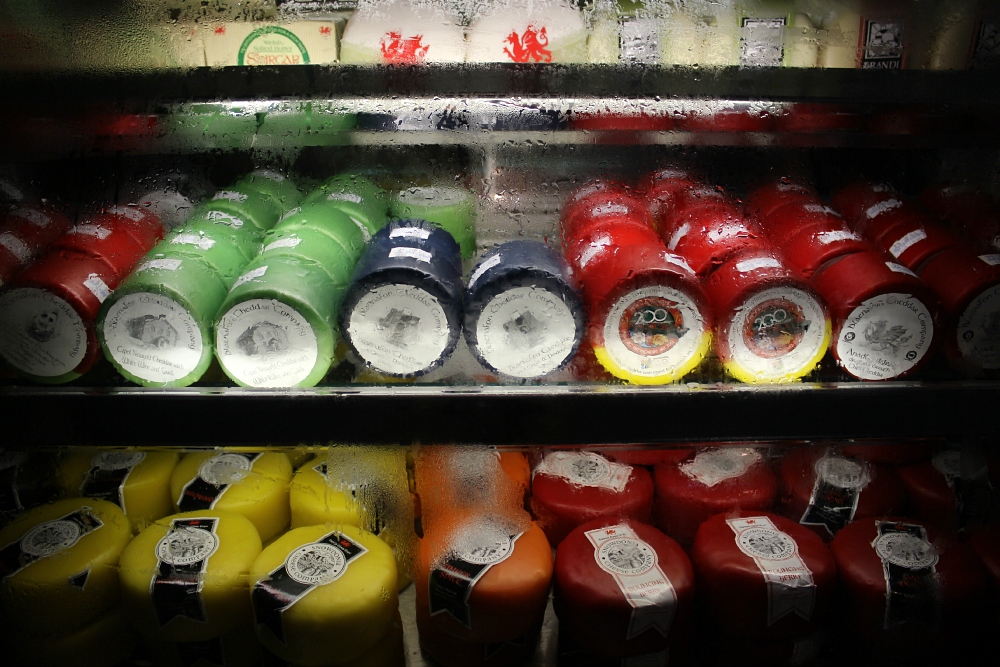 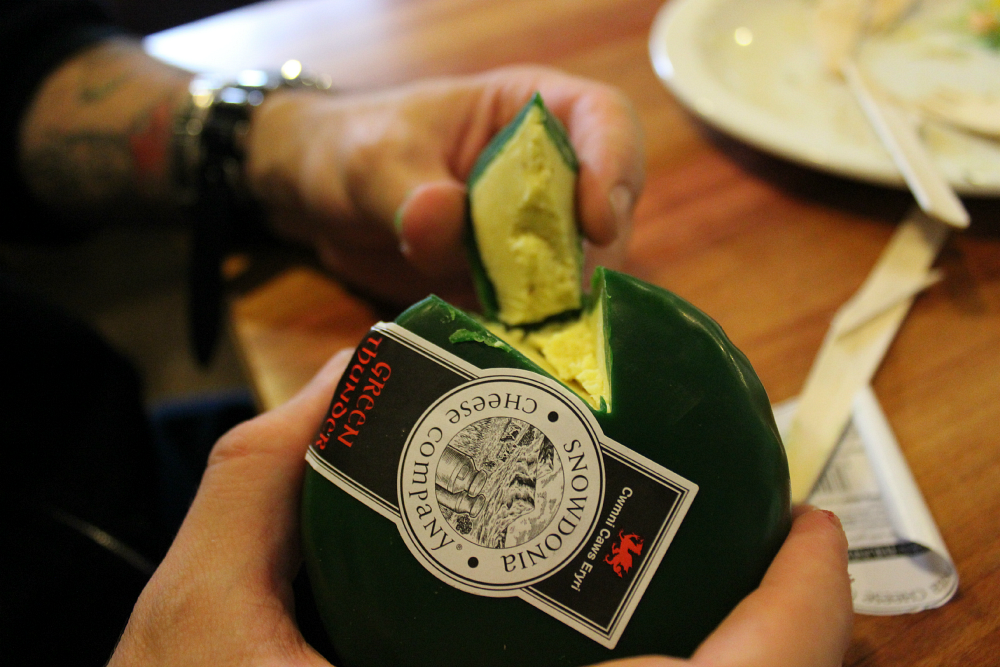 Not only did we enjoy a delicious jacket potato with a creamy leek and chicken topping between us but we decided to tuck into some of the mature cheddar we treated ourselves with in the cafe. Yes, it is green on the inside and yes it tasted amazing! It didn’t even last the evening once we got home. 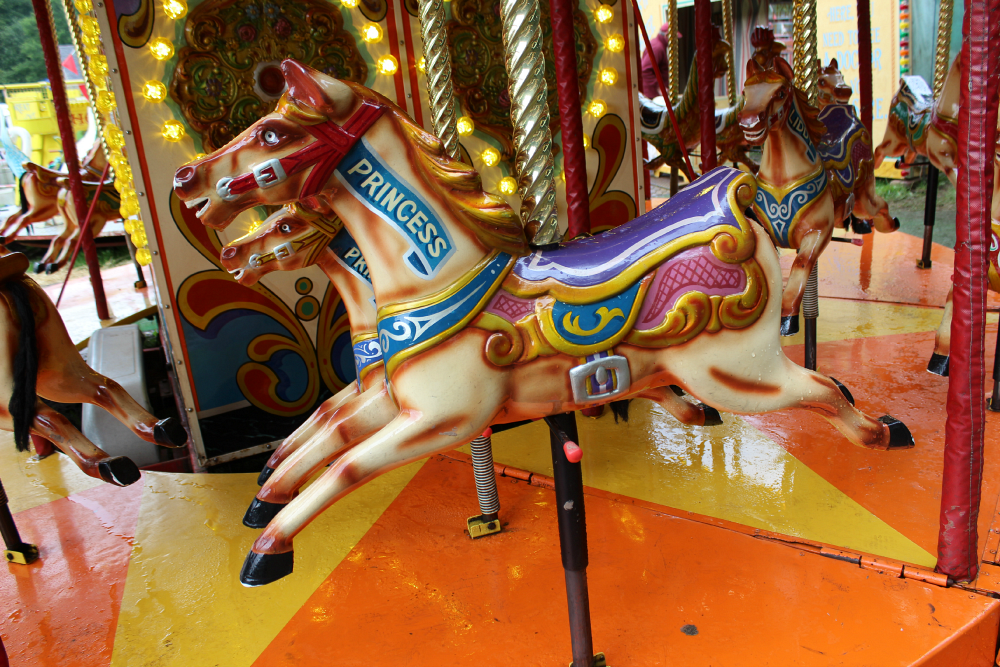 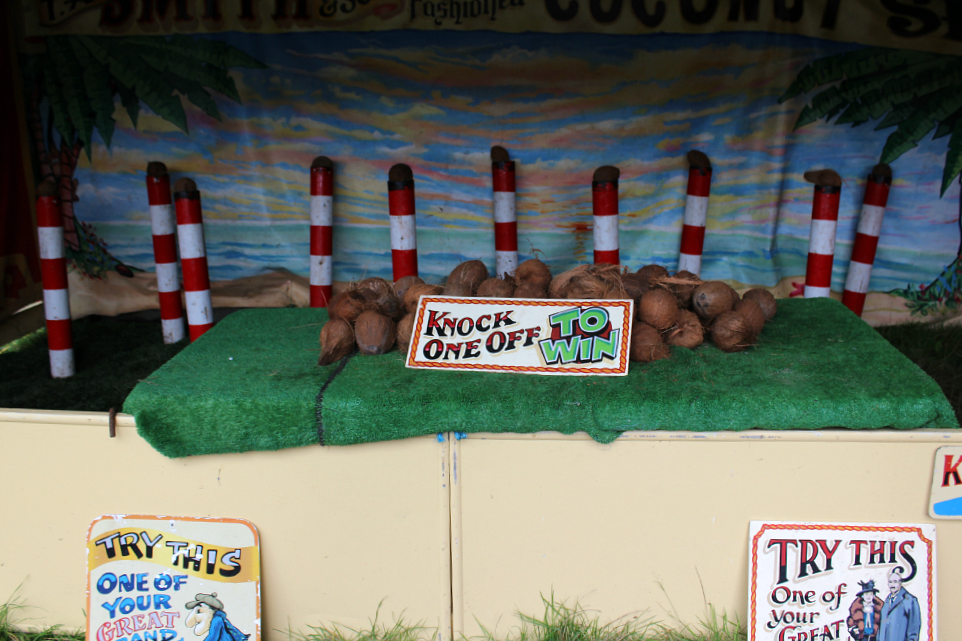 Within the site are a number of events that they put on throughout the day and the year – every week they hold a farmer’s market and host craft stalls from local traders. A jolly gentlemen gave me some dry pollen as apparently it’s great for hay fever (I didn’t like it…) but his natural honey made up for the experience. I love how kids can have a fun day out seeing some history and doing things such as getting to ride a tractor and even see a small fair at this museum – especially as it’s not that everything is the same every time there.

There’s a food festival going on next weekend I’m totally gutted I can’t go as I’m working – I wander if they’ll deliver that cheese to my door if I ask nicely? 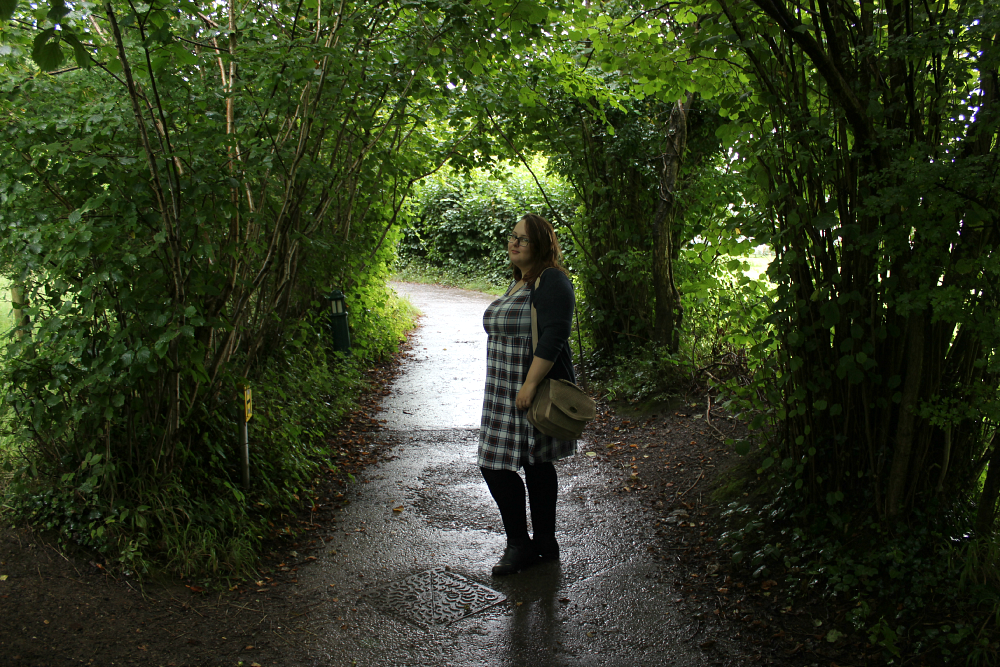 I’m not one for ‘outfit of the day’ posts nor do I even like to post photos of my full body on the internet – heck I don’t even like having them taken – but someone pulled my leg to go pose. I’d like to say I liked the experience but I still felt awkward but here I am ‘enjoying’ my day out.

You know, even though it was muddy I had a great time seeing some countryside. City living is fun and all but I do miss a bit of green from time to time. I think we will definitely be going back again to see more things and experience this place again.

Have you been anywhere new recently? Whats been your favourite experience of a new place you’ve visited or moved to? Let me know in the comments.