Throughout my teenage years and adult life I quite often had people say to me that I have good skin. Personally, I’ve no idea what can actually be considered as good skin, maybe it’s because I don’t break out in spots that much or how my face doesn’t appear to be especially greasy? I had acne as a teenager and was soon put on a combined contraceptive pill that cleared that little problem up in a flash but as I get older and I get more comfortable discussing skin types and the cosmetics used to tackle the variations I’ve come to bounce back with a particular fact not many people know of me. I may have what looks like good skin, but it’s very sensitive and I suffer rather badly from eczema.

I have a mysterious diagnosis of eczema in that my skin decides to do whatever the hell it wants, when it wants. I’ve been told I have atopic eczema or atopic dermatitis which the most common of this chronic condition. Basically, eczema is a broad term for a medical condition in which a person’s skin can break out in dry, itchy patches of varying surface area that sometimes bleed or are blistered and can leave scarring if scratched.

Atopic eczema often develops when a person develops an allergy to something in particular, that could be soaps, detergents or certain materials which is what happened in my case. When I was about sixteen or seventeen I was into wearing metal studded belts like the little emo-wannabe I was back then and eventually I developed an oozing and infected patch of skin across my stomach where my belts lay. Off to the GP I went who diagnosed a nickel allergy. It wasn’t until much later in my life and several nasty skin infections on different parts of my body later that I was told, quite off-handedly by another GP that I had eczema – I knew that right?

Basically no one had actually told me that all of these patches of itching and infected skin I had coming up around my body was because I had atopic eczema and I should’ve been keeping an eye out for anything that could be a trigger for years. Eczema is a funny thing and can develop for any reason and mine can be caused by a change in weather (usually when winter settles in and we have a cold snap) and intense stress or any change or disruption to my skin like an insect bite or cut. Almost every year I get an angry and itching red rash up my inner arms and when I was studying for my exams I was covered head to toe in the height of summer – my skin is weird like that. 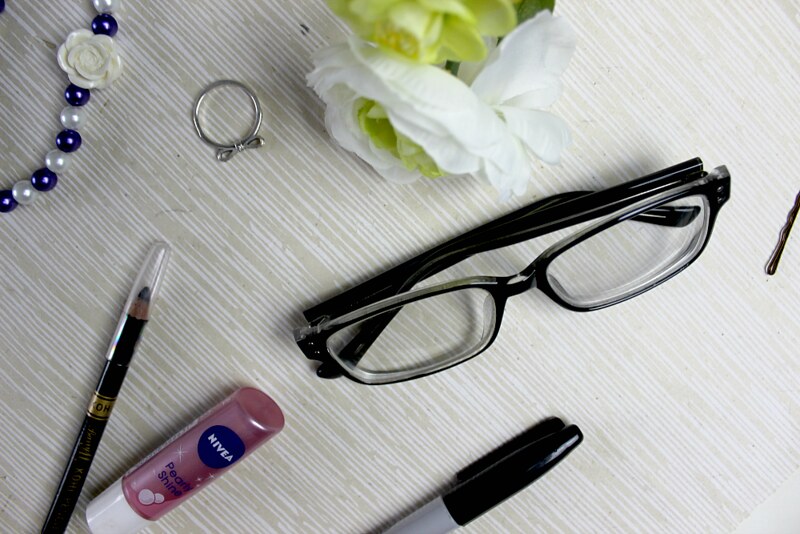 On both of my legs I have scars from my eczema. On the front of my right shin I have a patch that is about the size of a tangerine from a very stubborn infection that the GP could not shift regardless of how many creams I was given and only in recent years has it subsided and developed to look like a permanent bruise. On my left shin I have a long scar from when I fell over and cut myself on a beach years ago and the healing process set off my eczema so I now have scar tissue that will never heal around where the wound was. Sometimes they itch for no reason, in fact right now I have two insect bites (of which I’m randomly hugely allergic to but I blame genetics and my Dad for that one) on my right leg that have caused my bruise-like scar to become red and angry again and the itching has spread all over.

Having eczema doesn’t massively impact my life apart from having a drawer full of expired creams, living out of a tub of E45 some months and of course the scarring. I used to get anxious about my arms especially because people start to notice and comment on them because they can look so bad and almost infectious. Sometimes I have to explain to people that I’m not going to infect them, my skin is just weird and I’m actually really stressed right now and it’s a physical reaction – now that can be embarrassing. I was annoyed for a while that no one told me about my diagnosis straight-up but then I’ve come to just not care about it in my age. Yes, I have scars on my legs but they only come out a few times a year and if I was really bothered about them I could try some make-up to hide the scars. I love a good bruise and the scar on my right leg is sometimes a good conversation starter and I’ve even pretended that I’ve fallen down some stairs or something to give the mark a dramatic back-story just for fun.

Stress is a huge trigger for my eczema and worrying about the little patches that spring up on my body can be the worst. Last month I had a small patch come up on my breast and I was immediately down to my local surgery getting someone to look at it just in case. Turns out I just have a little eczema there and the rash is triggered by the chlorine from the swimming I’ve been doing recently – now I have some cream that is helping it look a little less angry. It’s only skin, there’s no need to worry about it but you should always be aware of yourself and your body. Only worry when you need to, eczema can be a life-time condition so learn to live with it.

Listen to your body:

If you’ve changed something in your life lately, check your body for any new patches of itching skin before you subconsciously start scratching them and cause an infection. Having eczema means your skin is at more risk of infections so watch out before you end up with a patch that won’t heal. You don’t have to use over the counter daily creams all of the time and avoid some things at all costs, you have a life to live so just be a little more aware. If you feel run-down and get stressed a lot like me then expect a flare-up, stock up on those calming lotions and perhaps change around anything that might make the itching worse. When I have it bad on my arms I’ll wear short-sleeved tops for a while to give my skin chance to breathe. 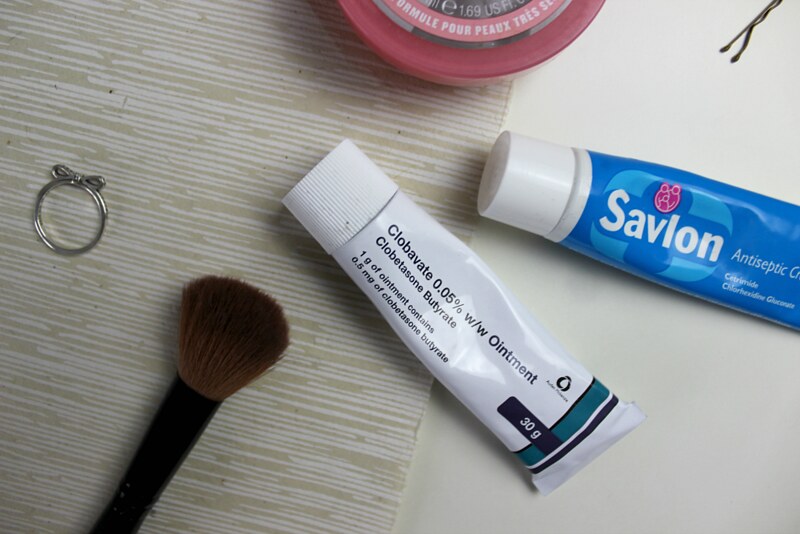 Use your prescribed treatments for as long as you’re told:

If your GP has given you a cream to use daily or short term on their instruction use it. It’s like a course of antibiotics, you need to take the dose for as long as you’re told for the infection to completely heal even if the infection looks better. The same goes for medication for eczema. If you have an old tub of something from the last time you had a flare-up, don’t use it, go to your GP and get a fresh batch because it’s probably out of date and not good for you.

You don’t have to hide:

It doesn’t matter if your eczema looks hideous, if it’s making you uncomfortable covering it up show it off. In fact, you shouldn’t care at all if it looks bad because it’s a fact of your life and you should embrace the quirks of your body. You’re not going to infect anyone and if they think you are they need an education in how eczema works – it’s a personal skin condition and they could develop it without being anywhere near you. If people tease you, they can get stuffed. The fact of the matter is, there are people out there who will love you regardless of those little red patches on your skin and those are the ones who are worth your time and attention.

So that’s my best advice from someone who’s lived with this skin condition for a number of years. If you’re looking for more information try the NHS website and start from there. If you think you have eczema then visit your GP asap for some relief because if there’s anything I’ve learnt in living with dry, itchy patches is that it’s a bad idea to scratch them and let them get infected!