On a rather damp and chilly Thursday evening where Rick and I had been running on about three hours sleep between us we made our way down from the busy street to the basement venue of Kongs in St Mary’s street situated next to Turtle Bay to sample Cardiff’s new retro-gaming bar. 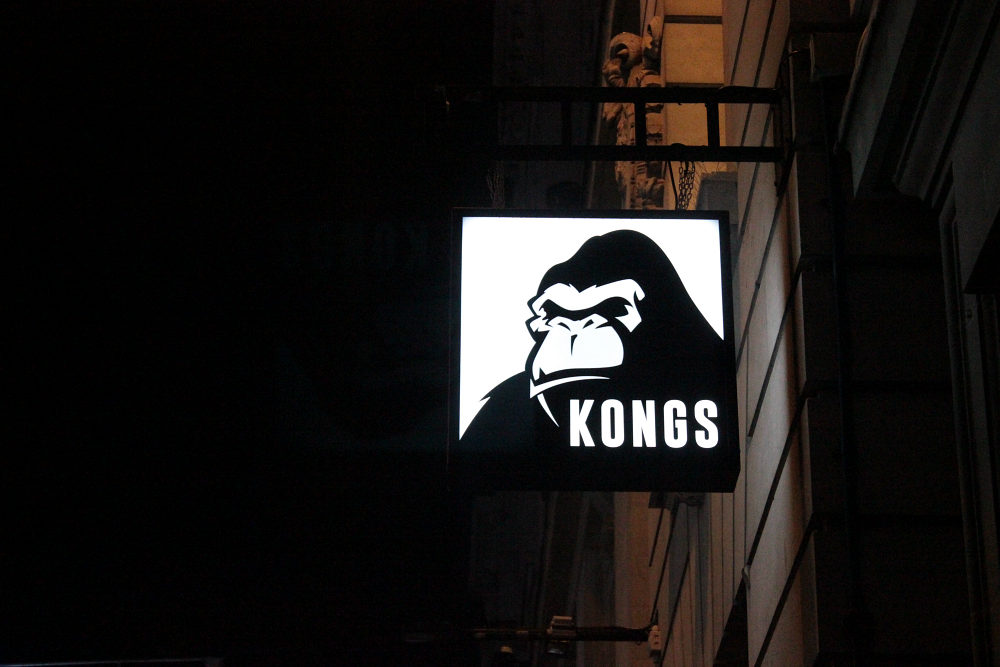 A continuation of a dream that started at a site in Bristol, Kongs is the result of months of hard work to bring to the city centre a place to drink craft beers, eat burgers and play some of the classic arcade games from your childhood to your heart’s content. 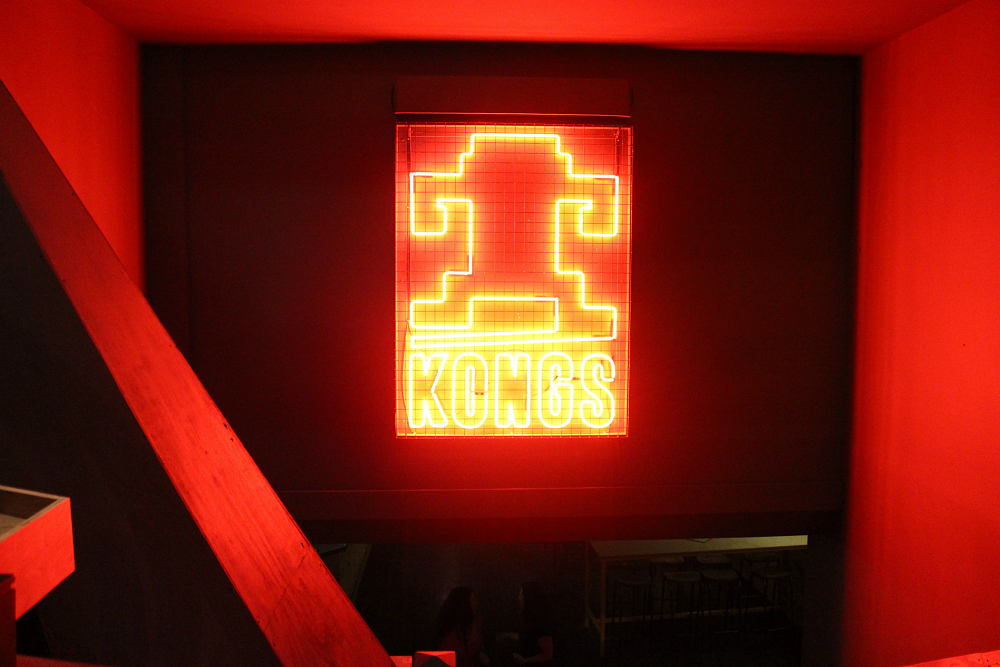 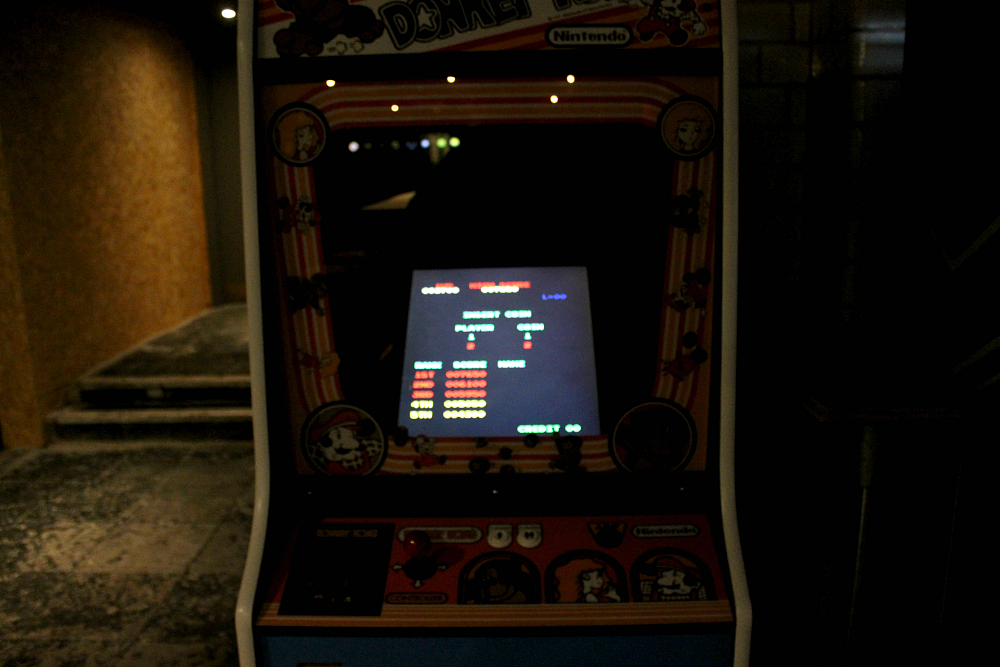 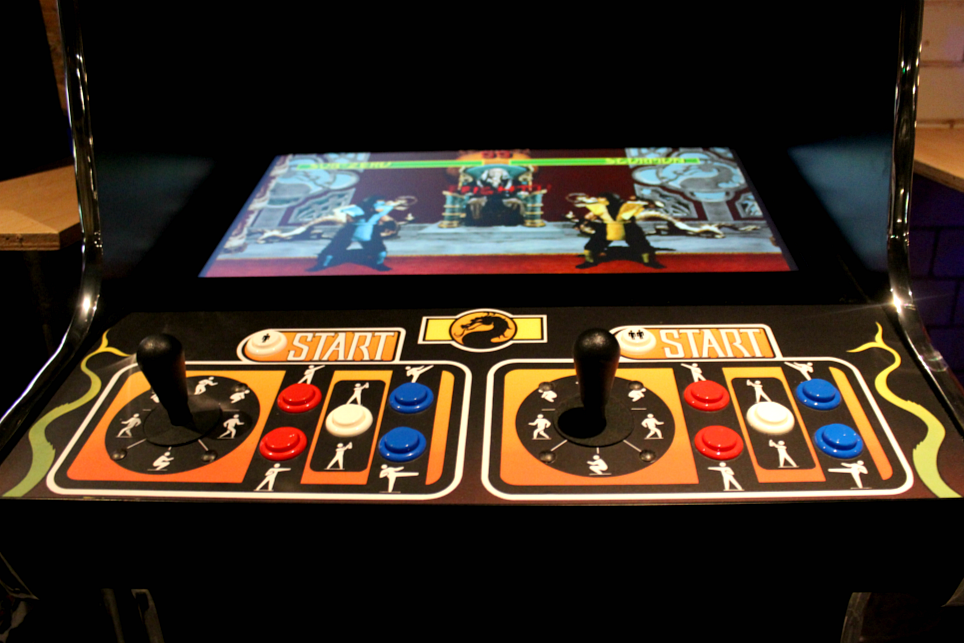 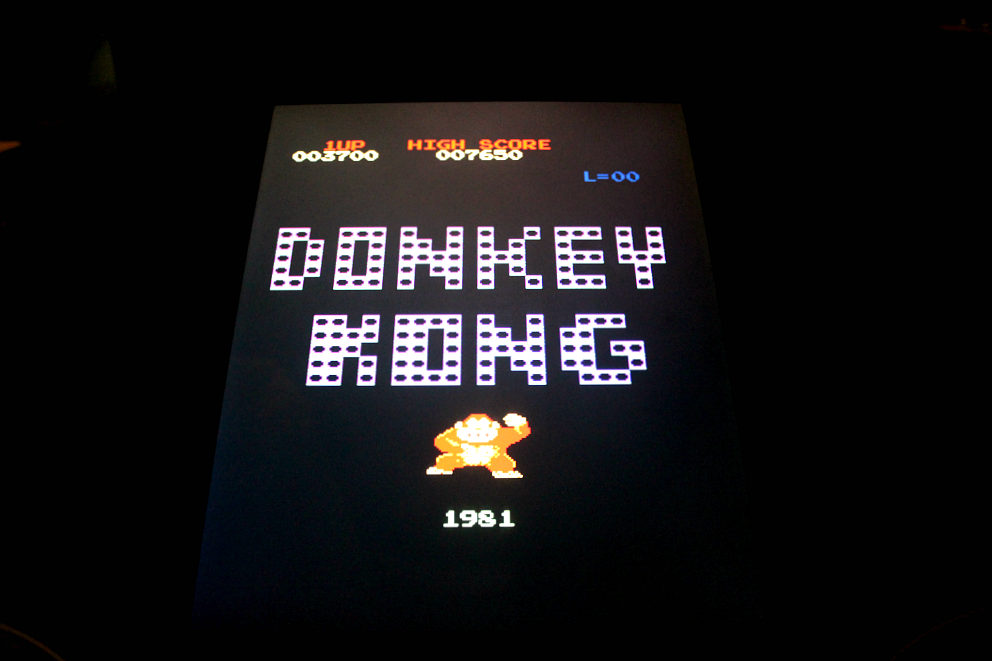 Below a glowing red neon sign of Kongs’ gorilla logo you glide down a set of wooden stairs and walk slap-bang into a basement level with a central 360 degree metal-welded bar and a floor space that is filled to the brim with gaming machines ranging from Pacman to Street Fighter II and NBA Jam. There’s even enough room for a foosball table and two ping-pong areas as well a dance floor with it’s own DJ booth and several seated areas for large groups to mingle.

The decor is minimal and the lighting low, but this is a bar that can transform from an after-work hang out to a thumping club at 2am and I can see it bringing in a new type of party crowd to this end of Cardiff. 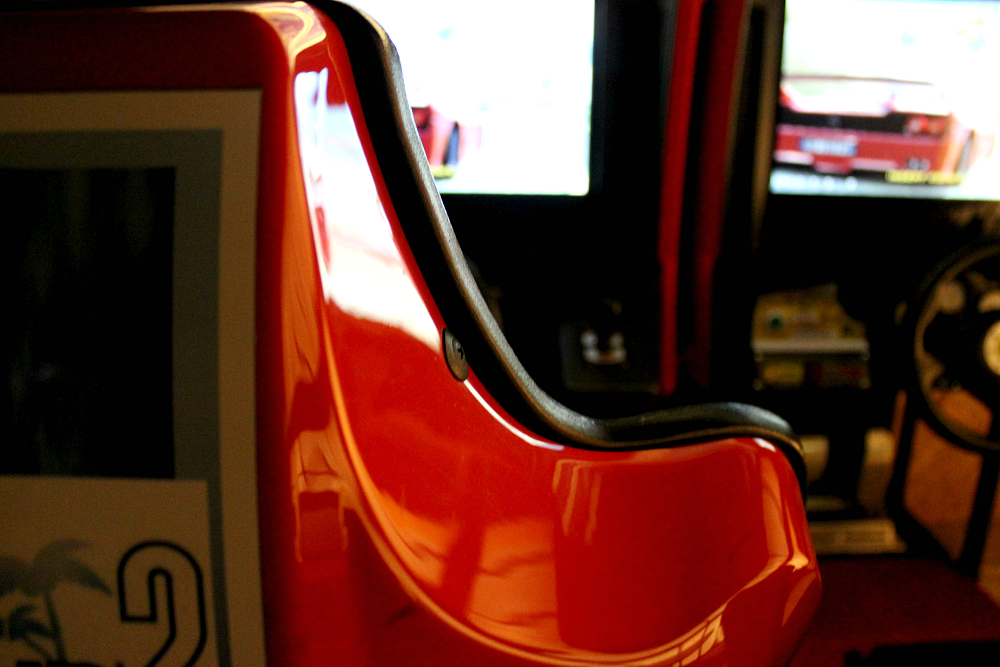 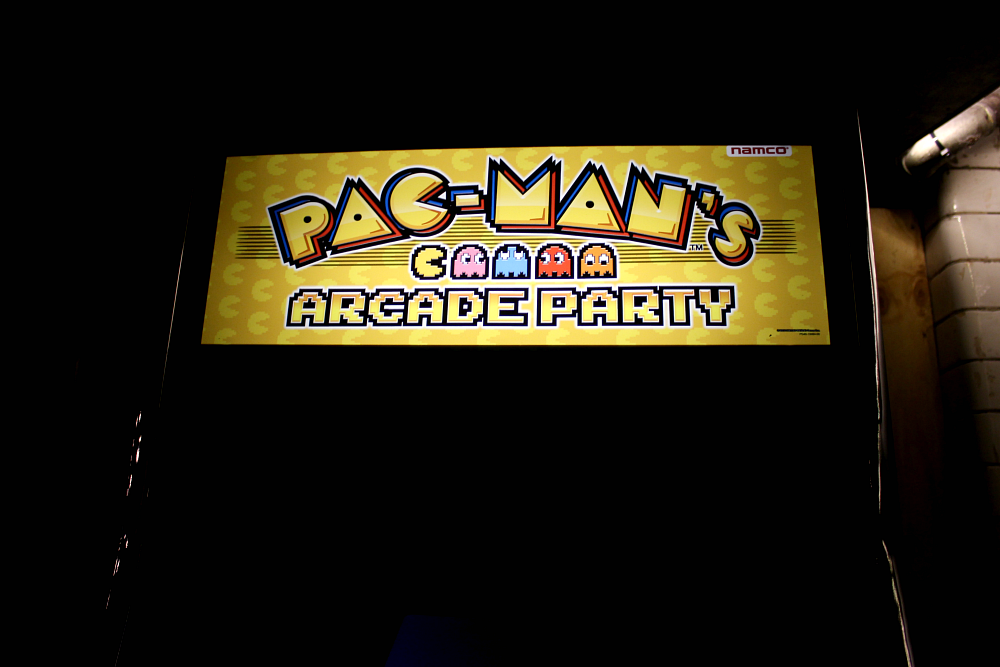 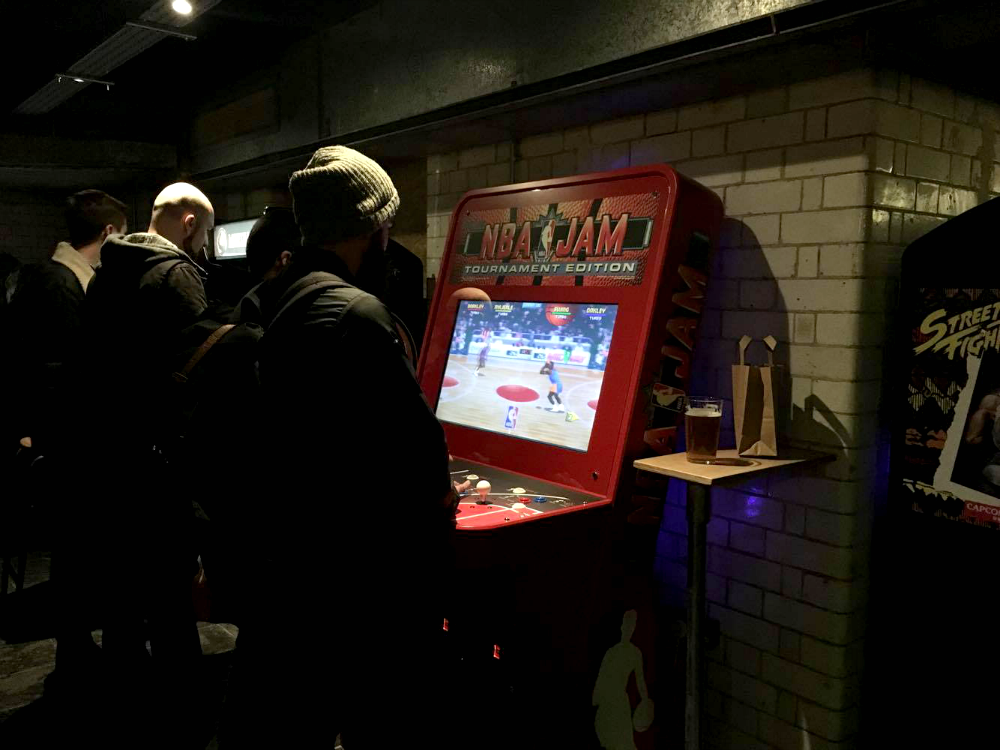 I was pumped full of nostalgia with the vibe of this place as the music was just loud enough to hear eachother speak over, the nooks and crannies varied enough to sneak away into and the variety of pub-games to challenge your mates to almost endless. There’s plenty to get excited about as this venue is pretty much unique as it is versatile because the underground level is just big enough to accommodate small groups crowding around an arcade machine to bigger assemblies of bodies dancing away until the early hours. 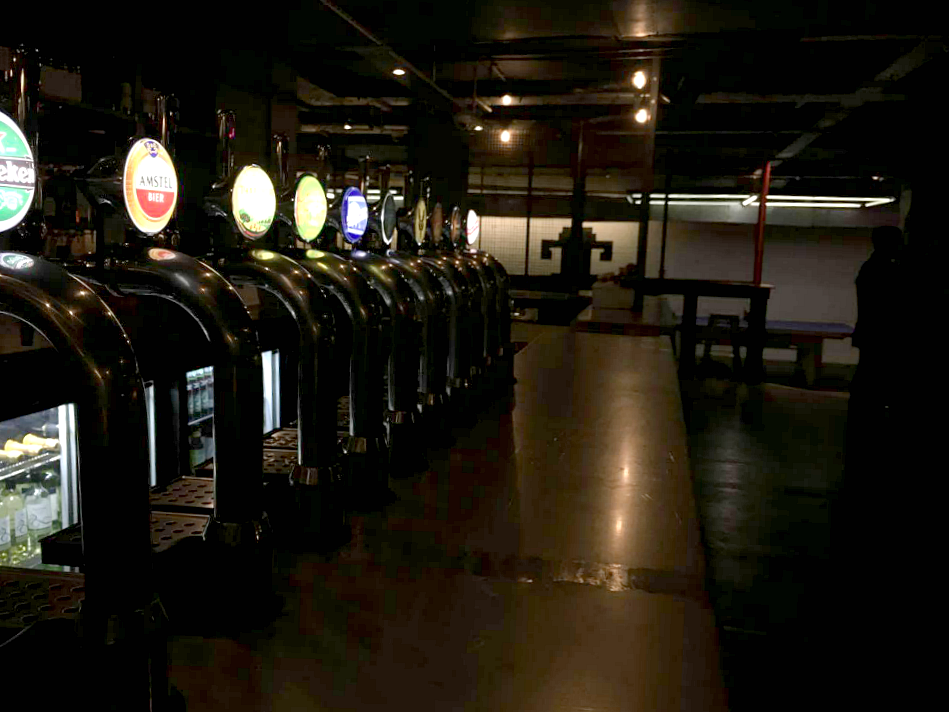 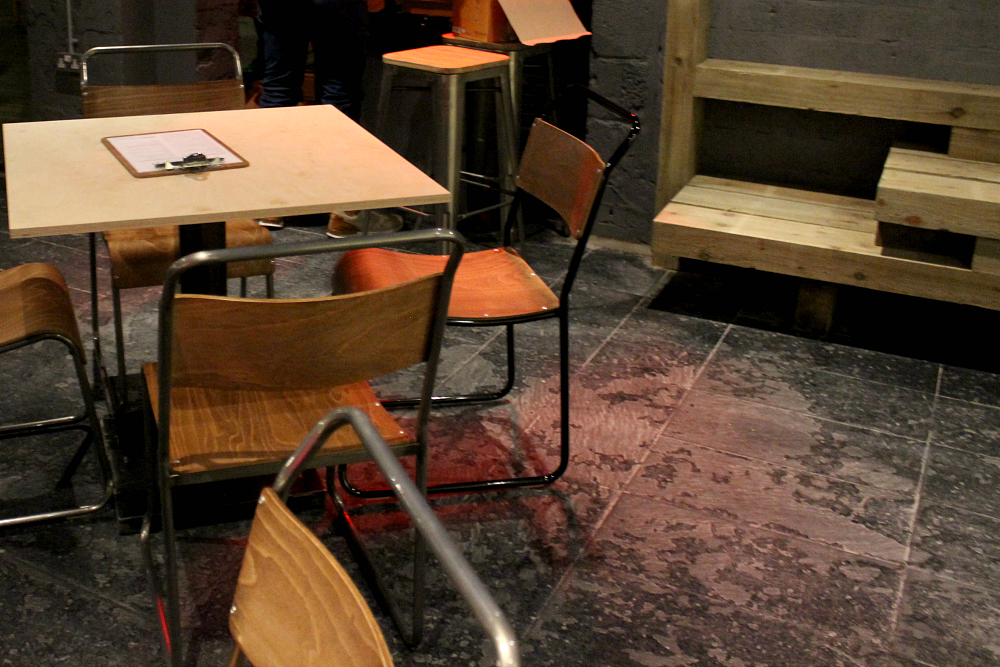 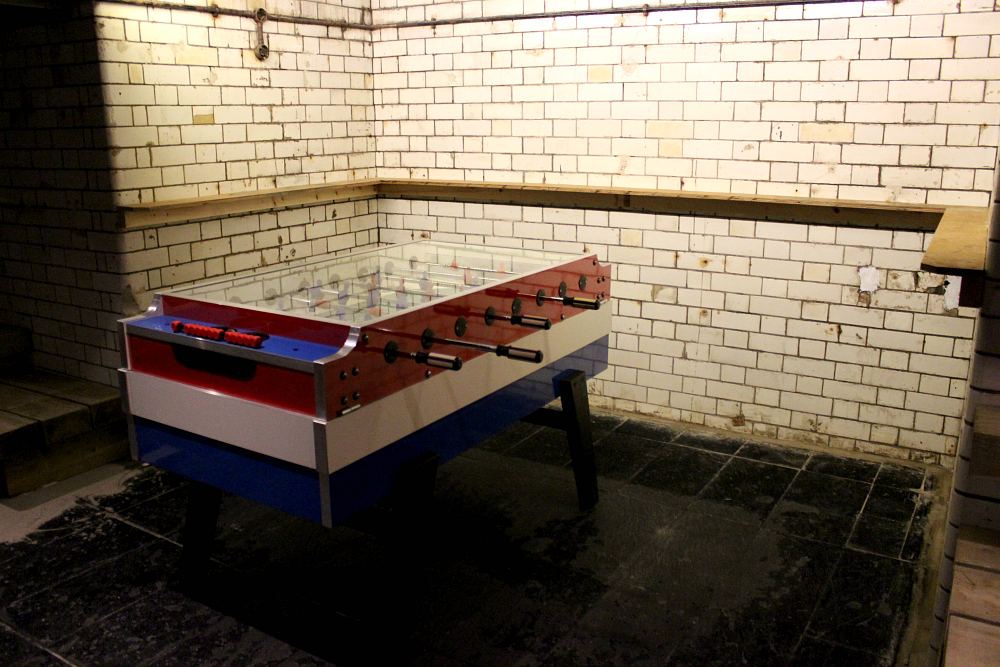 Better still, the people I’ve spoken to about this venue have heard the reputation of Kongs in Bristol and are already excited about checking it out for the arcade games and craft beers alone – and it’s not even properly opened yet.

As we had a good nose around, played a few games and drank our complimentary drinks at the soft-launch before the bar officially opens to the public tonight (16th Dec) we were treated to a taster of the menu put on by BurgerTheory. 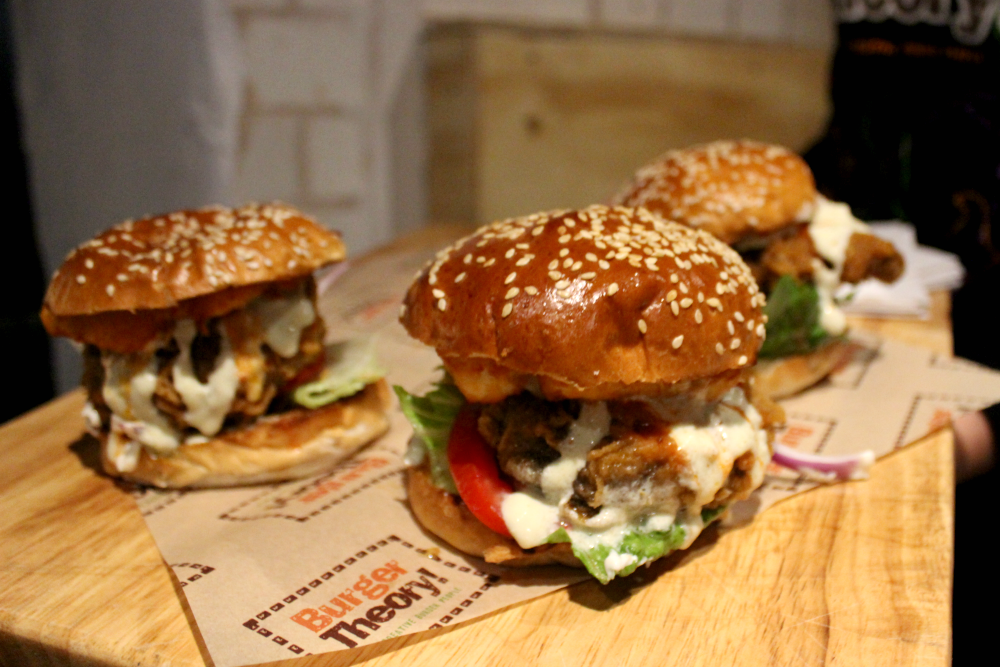 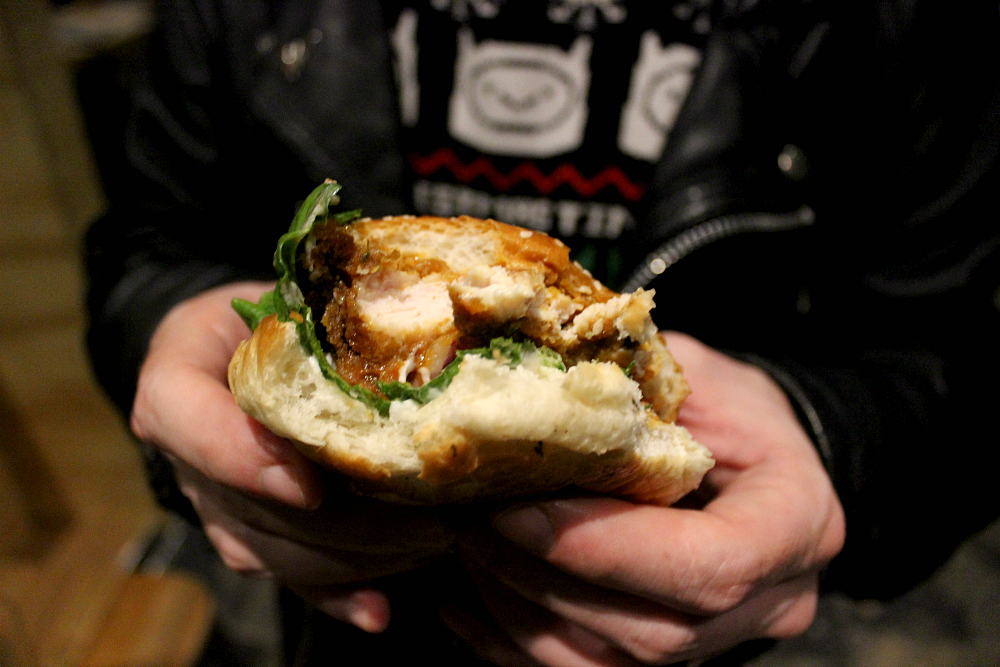 Rick tucked in without a moment’s hesitation whereas thanks to my fear of anything remotely healthy in a burger I took about removing all of the fresh tomato and red onion from my bun and got sauce everywhere in the process. Nonetheless I enjoyed sucking the remains from my fingers on the bus journey home after ‘supping a little of Rick’s Papa Darth pint and calling it a night – we were both knackered. 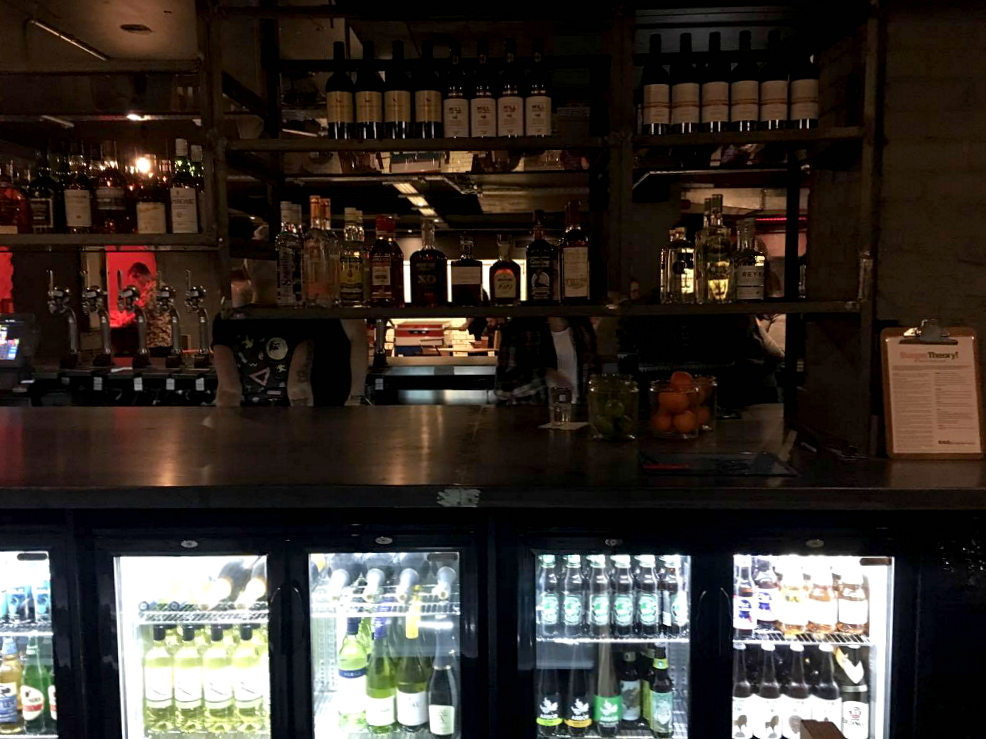 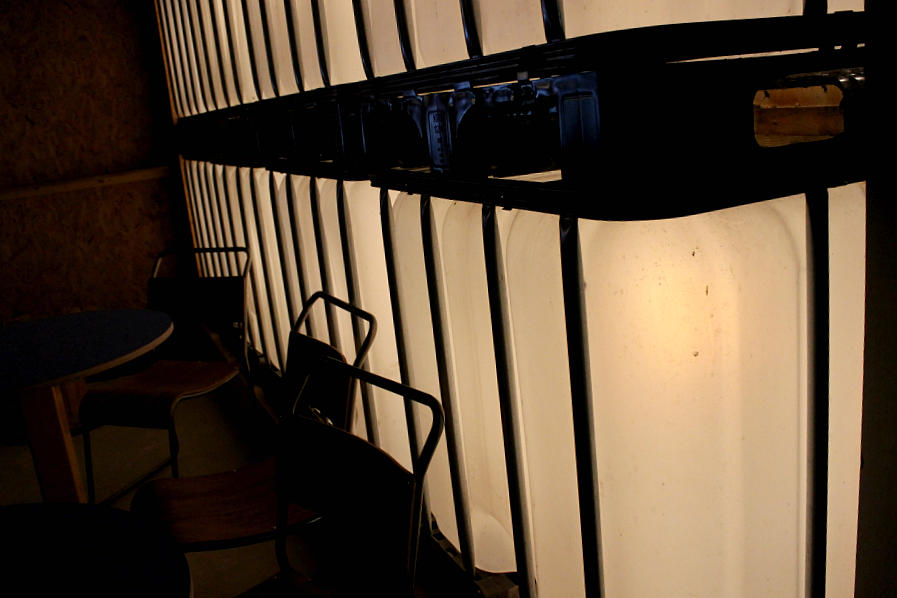 The selections on offer, food and drink wise was really impressive and the place filled up pretty quickly to feel alive with chatty people having a good time but with the both of us feeling the effects of a long day we vowed to go back at another time and really make the most of it. I definitely want to take advantage of that tasty burger and fries menu and put in some serious gaming time because, as you can imagine, the most popular machines were in use pretty quickly and I don’t blame the people using them – it’s so much fun even losing on these old-school machines!

Have you seen the glowing sign of Kongs hanging out in St Mary’s Street lately? Do you think you’ll be venturing in to check it out? Let me know in the comments.