Skip to content
It’s been just over three months since I last composed and posted a completed blog post, until the other day when I clicked publish on this sunny post about our strawberry picking activity in the summer. Don’t worry, I didn’t fall over, bump my head and then forget how to blog – life just got in the way a little bit. So what happened? 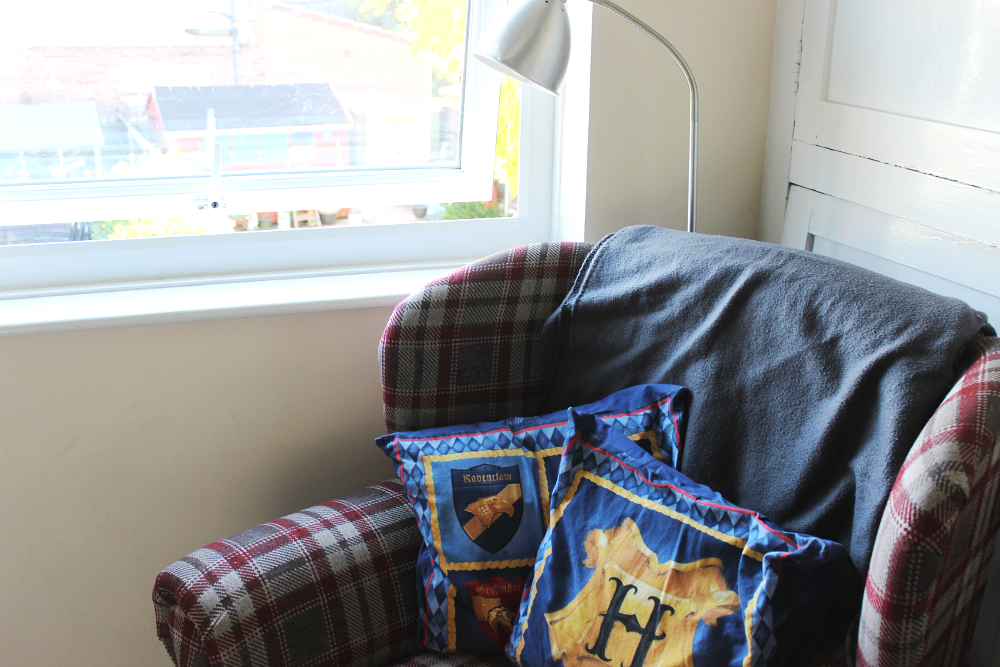 A re-ignition of my intense fear of spiders

No joke. My acrophobia was one of the reasons why I didn’t dare open my laptop for a solid two weeks. When I was a child I was terrified of spiders. As children tend to do I copied this intense fear from first my Mum and then one of my Aunts and it then snowballed for a few years when I just couldn’t be in the same room as a spider. Whenever there was even the smallest of spiders chilling out in a corner of a room and spotted by me I would scream for my Dad to come squash it with some toilet paper and then flush it down the loo or even refuse to stay anywhere near it until it had either been disposed of or moved on. As I grew older and moved out to University halls I realised that I had to start dealing with these creatures by myself. It didn’t help that at the time I had a boyfriend who shared my fear/hatred of all things creepy and crawly and would happily go running off to find the nearer vacuum to suck the beasts up rather than catch and release them back into the wild. Those days I didn’t have a bloke who would happily deal with the awful creature disrupting me from going to sleep at night or halting me from walking into a room so I just had to get on with it. Eventually I found myself able enough to trap a spider under a glass and then shake it out of a window or a door so that it could go back outside where it belongs, and not in my home that I was paying respectable amounts of rent for without uninvited guests thinking they could build their webs there for free – the cheek of it. I still feel that horrible pit of sickness in my stomach whenever I come across a beast of a spider and… Fuck me, did I come across some monsters a few weeks ago when the weather shifted. Over the course of one evening I hastily called out Rick’s name three times for three different spider incidents – and these spiders were absolutely enormous. In retrospect they were obviously males looking outside of their hidey-holes for a mate but that didn’t stop just seeing them scaring the actual crap out of me. I had one in the bathroom, a second on the stairs and a third in the middle of the office floor within the space of two hours. Luckily I have a husband who just doesn’t care about those sorts of things so he swooped in each time, picked them up and evacuated them outside. I still had to live with a re-ignition of childhood fear of spiders for about three weeks so I couldn’t even bring myself to sit in the office and blog without thinking of one of them hanging down with the ceiling and landing on my shoulder. Urgh.

I took on some more responsibly at work recently that has been quite a move up for me. I’ve wanted to move into management for a very long time and the job that I’m in can make that a bit difficult. I’m at a bit of a crossroads in my life at the moment too and that’s tricky. I’m the primary breadwinner in the household and I do want to start a family but I also want to have a successful career. You could say I want it all at the moment. So, I’ve kinda been doing some extra stuff at work that has been both challenging and exciting. I did give up a whole career nearly five years ago to start from scratch in my current company so doing these extra things has been like rewinding my life back to when I doing these sorts of things automatically and in a different environment. I’ve also been on a development course created by work too over the past few months which has been all about seeing other sides of the business and learning management skills which has taken up quite a chunk of my time and headspace. Generally I’m doing so much at work these days that by the time I get home I’m knackered and I just want to turn off my phone and vegetate in front of the television. 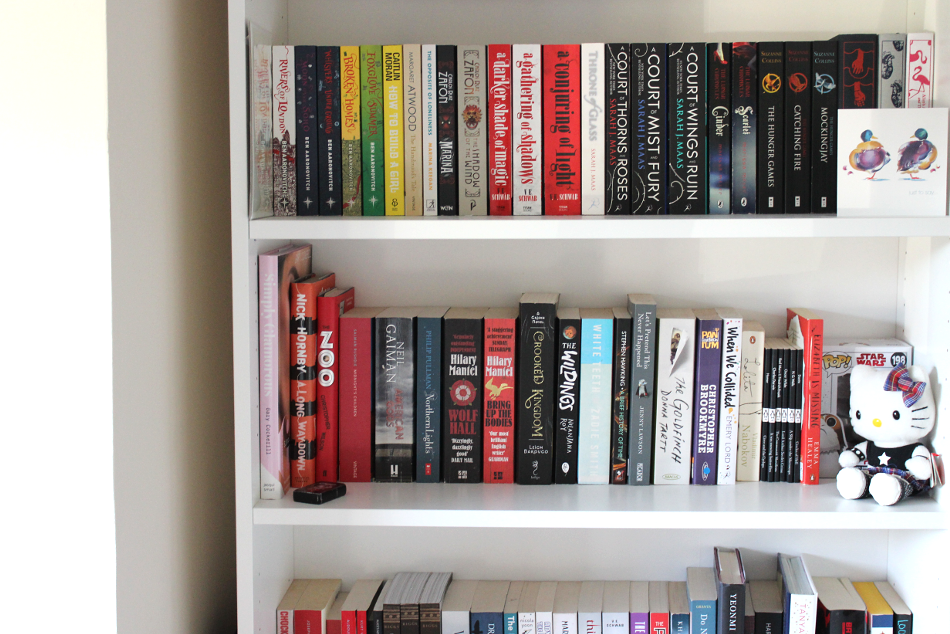 My step-daughter has been living with us full-time since February. This isn’t something that was unplanned, in fact we did a lot of planning to make sure that she could have a safe and secure home with us and those plans has been going on since before we were married over a year ago. It’s best to get down to it and tell the truth – well as much as the truth as I can publish with keeping a level of privacy – she has a fair few behavioural problems and has gone through a lot over the past year. My step-daughter does have a Mum and other family that live in a different part of the UK but she lives with us now and we’ve been putting her as our number one priority since she arrived. Unfortunately a big event happened over the summer so now we’ve been focusing on being a family and getting through each day intact, whilst supporting each other as much as possible. Sadly, there are times when my husband and I do have to go through family court proceedings. These dates take a lot of time and effort and it’s even more difficult now that we have a kid in the house to have those difficult conversations on sensitive topics with the right departments without her listening in or being effected by them – but having parents who love to babysit their step-grand daughter does help. As you can imagine, most of my spare time gets taken up by being a full-time step-Mum these days and it’s been the biggest change I’ve ever had to deal with in my life. It’s quite strange as you imagine having a baby would mean that you’ve prepared for nearly nine-months for their arrival and then, once they’ve been born you have all of their development to live through whereas a seven-year-old comes almost fully formed as a child with their own quirks, behaviours and personality to get used to. It’s been bonkers, but a fun kind of bonkers and the most important job I will ever have.

On the topic of babies, I fell pregnant in late April. My husband and I had been thinking about trying for a family once we hit our year anniversary and funnily enough on the exact date of our wedding and one year later we were sitting in the GP’s surgery confirming a pregnancy for a baby that would’ve been due on New Year’s Day 2019. We hadn’t been trying for very long at all and I did listen to all of those urban myths that as soon as you come off the pill it could take you months to get pregnant. Nah, turns out on the type of pill I was taking I just needed to be looked at in a sexual way before conceiving. It turns out that my body wasn’t ready, or the fetus wasn’t healthy enough (who knows) because a few weeks later I had an early miscarriage. It wasn’t awful and it wasn’t a breeze either but it did mess me up for a few weeks afterwards. I’ve never been pregnant before so I didn’t know what happened per se so I was suddenly opened up to a world of midwife appointments, pregnancy-tracking apps and emergency hospital appointments. Within the space of two weeks I’d gone from happily expecting a baby in the new year to having emotional conversations with my bosses on levels of sickness, HR processes and booking a full week of my holiday time to give myself some space to just get over it. In all honestly my workplace was very compassionate and helpful but I still felt like a prat having to run off to the nearest Early Pregnancy Unit for emergency internal scans (as much as giggle it is knowing that they cover that wand thing with a condom and lube… it’s not that fun or comfortable) and letting my colleagues down. I have a really great team leader, a compassionate senior manager and free counselling provided by the business over the phone whenever I need it so a support network was totally there. I kinda knew that the pregnancy was going to fail at one point and I still put myself through work because it was so early but I realised that I just didn’t give myself enough time to just deal with what was happening mentally rather than physically. In the end I just had some quality time off spent with my family and I felt better for it. 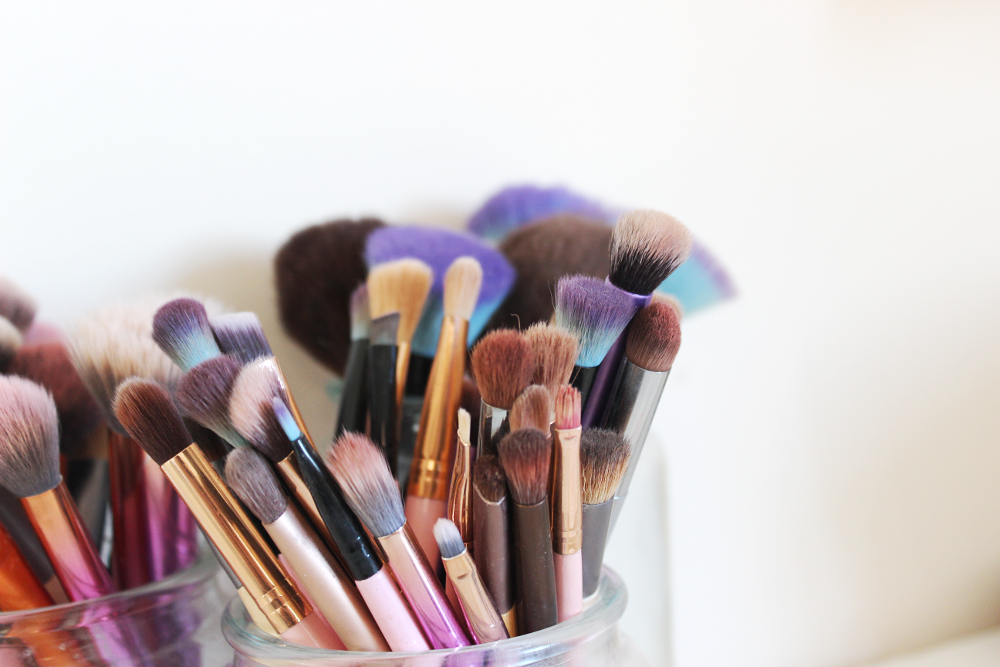 Life just gets in the way sometimes. I can start a day thinking that I’m one hundred percent up for sitting down and banging out some blog posts but then I end up running all over town picking up errands, seeing family and friends or spending some much-needed time with my husband and step-daughter. I also have a bad habit of leaving the housework until I absolutely have to do it so any energy I have on reserve gets spent doing piles of laundry or giving the skirting boards a good polish. I really have missed blogging and I do want to make something of myself online. I’m so sick of giving up on projects that I just can’t see this blog go. It’s been my pride and joy for such a long time and I do like putting up posts and planning photos – although I wish I was better at creating beautiful content like some influencers out there. I’ll get back on it in due time I promise. I think my passion just wavered for a little while because I had so much going on.