A few months ago I stocked my cupboards with a Graze haul and I completely forgot to mention it on my blog. This was around the time I was really getting into my health kick for our wedding next year and I was all about little snack pots of nuts and treats to keep me going throughout the day so buying online was the ideal opportunity to stock up with healthier alternatives to crips and chocolate.

I’ve mentioned it a few times that I work in retail and that means that sometimes my lunch breaks can change at the last minute or be delayed because I’m with a customer and I’d rather they come first than my dinner anyways. Working extended hours can really cause havoc when trying to eat healthily so I’ve started to pack a few nibbly things to keep me going between meals and so far it’s been quite a success.

Enter Graze. This company has been around for years with their adverts about a monthly subscription box for healthier snacks that can be catered to your individual tastes, but what I didn’t know about them was that you can order your favourite treat boxes in bulk from their website without having to subscribe! 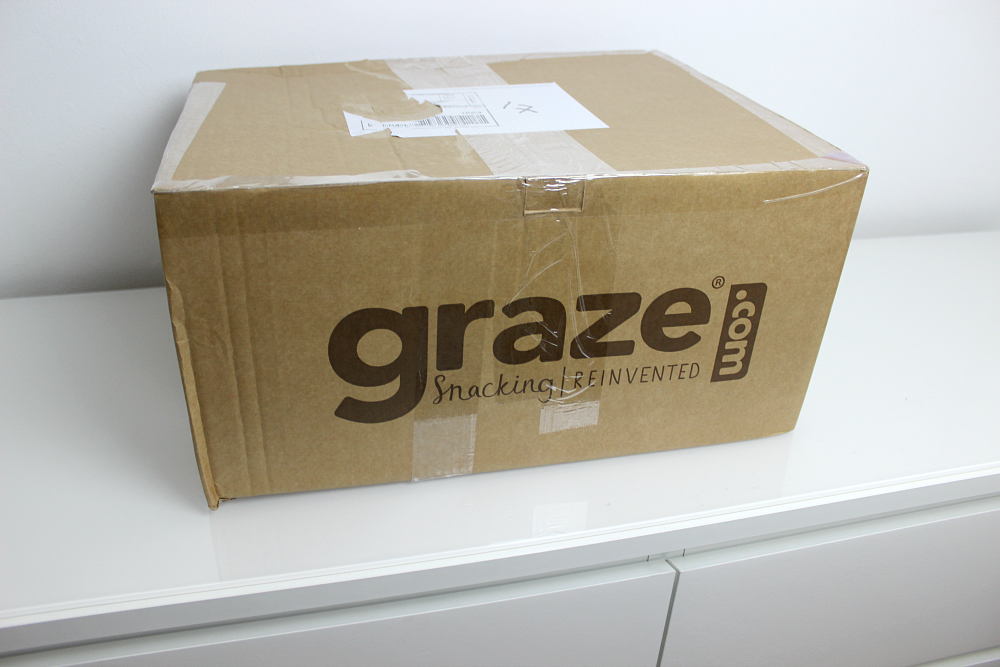 Armed with a voucher code for some money off, Rick and I sat down one evening and went to town on everything we could think and my word, was that one hell of a delivery that came to our door a few days later. I remember getting a phone call at work because Rick couldn’t believe how big the box was and I promptly reminded him exactly how much we’d spent and even how much we’d ordered. 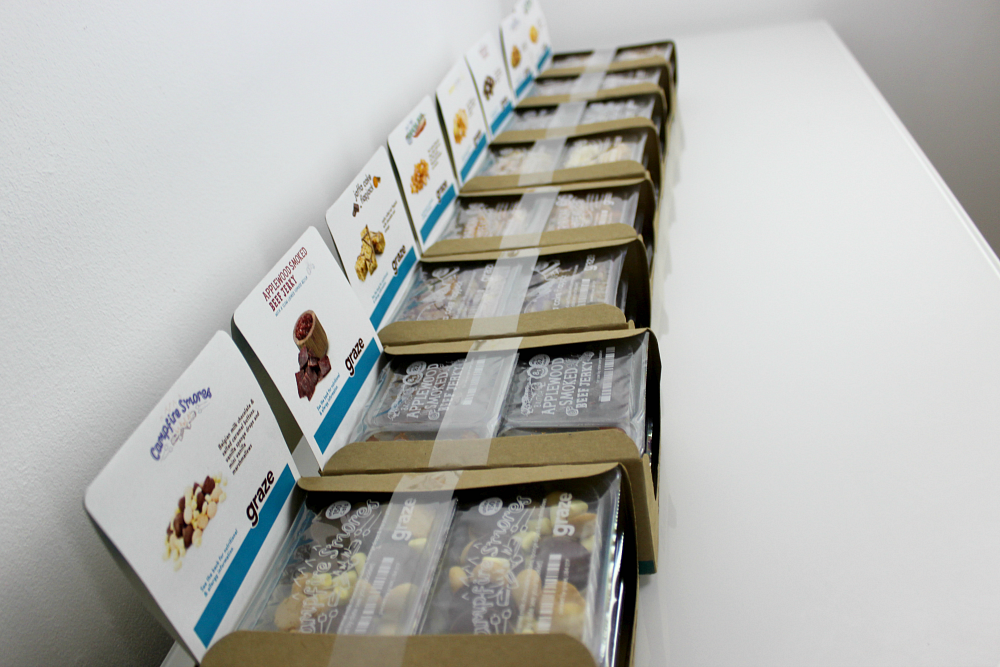 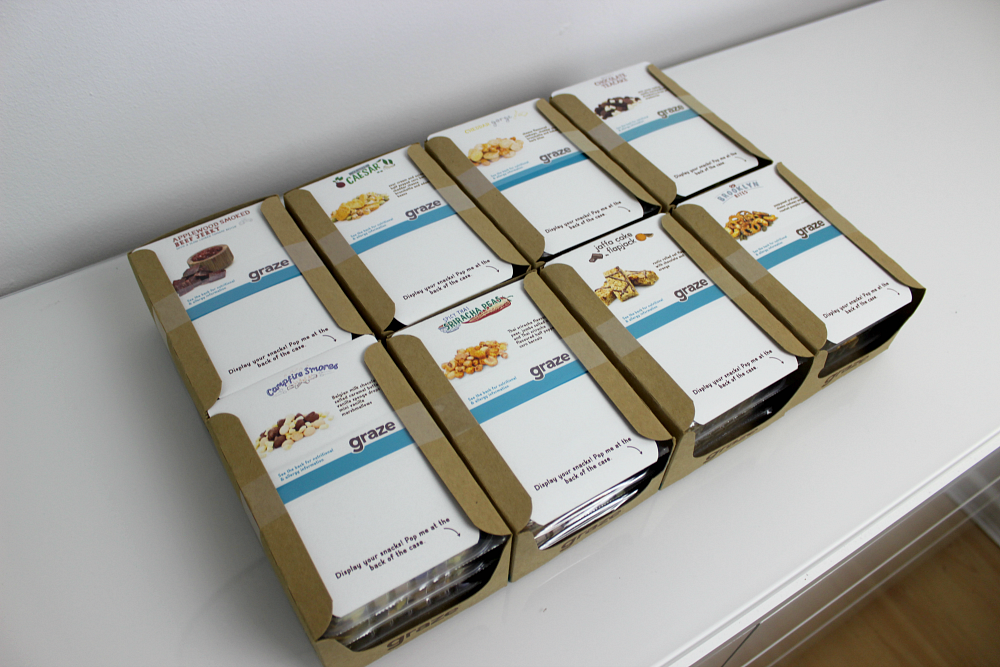 Photos of them stacked just doesn’t do the haul justice because there’s about six portion packs in each box. We chose quite a variety of boxes we’d box like and some staples that have been favourites for ages such as the Jaffa Cake Flapjacks. We went for packs we’d both like so there was a real selection, it was a shame to see the favourites be eaten first but it was a fun fight to see who would have the last packs, almost like who would get the last Rolo. 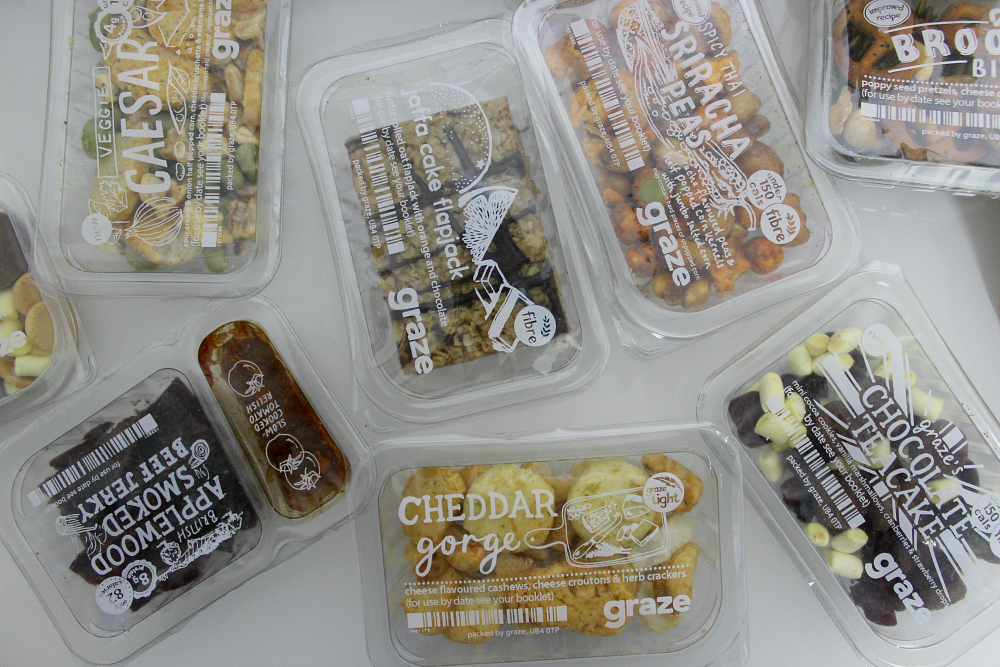 Not only did we order some of selections that we’ve been fans of already, but we also threw in some we hadn’t tried before. Everything was generally a hit apart from the Chocolate Teacake Multipack which, by the looks of it is no longer available.

My favourite graze pack of all time is the Spicy Thai Sriracha Peas Multipack because they’re just so strong on flavour and pack a real punch. It’s easy to feel like you’re eating the same old meals, and same old flavours when you’re on a diet so I find that eating one of these portions opens up my palette and makes my day just that little bit more exciting without going overboard on calories. 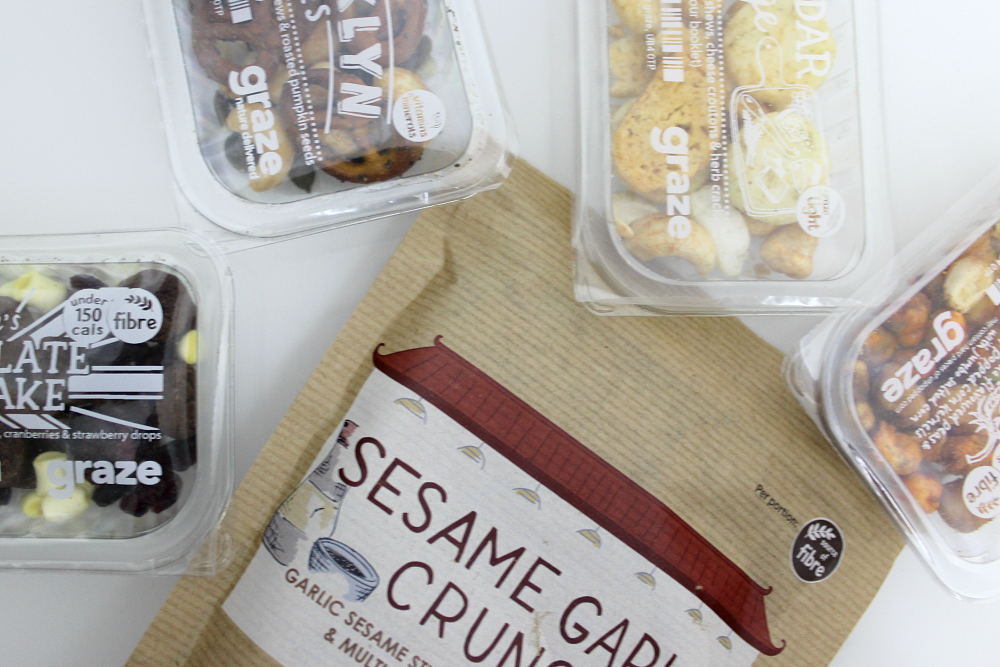 Online, you don’t have to stick to individual portion multipacks because you can actually buy your favourite combinations in sharing bags too. Well, I wouldn’t exactly be sharing mine with anyone because I’m a greedy pig when it comes to a flavour I really like but I did succumb to politeness with the Sesame Garlic Crunch Sharing Bag and let Rick have some.

This one was a little hefty on the calorie count but as long as you’re sharing with someone (like a good girl on a diet and behaving yourself… which I’m most of the time not doing) then it’s not too bad at all. If you’re sick of delving into sharing packs of chocolates when watching a film on an evening then one of these is a good alternative – but they are a little pricey compared to what you can buy in the supermarket.

It took us a solid month to get through this order and now I’ve had a chance to look around the website again I can see that even though some of the items we enjoyed last time are no longer stocked, Graze have introduced to some new ones for us to try.

Have you tried anything from Graze before? Did you know you could order your favourites directly online? Let me know in the comments.