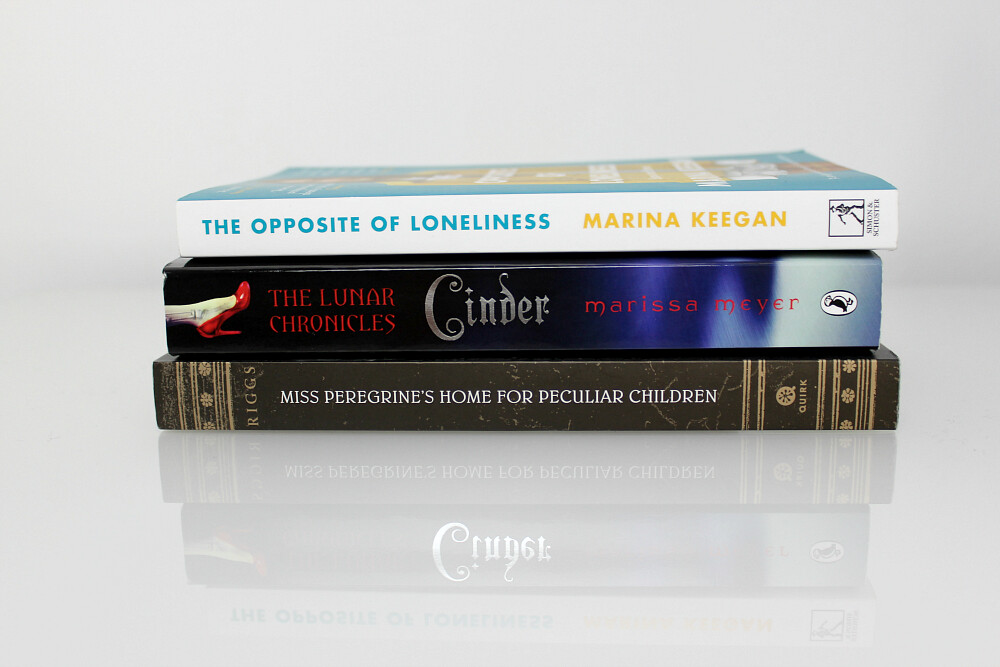 It may be the beginning of April and I’m sitting here writing about books I read in January but who the hell cares – with my track record atleast I’m discussing books in the same year.

This month was an introduction of a slimmed down approach to a reading challenge. Last year I gave myself the goal of reading on average about four books a month and it took me a long time to realise that I’m just not that much of a serial reader. I do fly through books when I get interested in them and I love nothing more than curling up with a good book in my PJs and a massive cup of tea but sometimes the magic just isn’t happening for me. I shouldn’t have to force myself to read a book when I really don’t feel like it – thus I undertook a slimmer challenge for this year.

I’m only aiming to read about thirty books for 2016 which I feel is a lot more achievable. I think I may even go over target at this rate but we’ll see, I’m still very behind on my blogging about the whole thing!

Anyways, onto what I got my hands on in January: I’ve been seeing this series doing the round on Tumblr and saw Cinder on book shop shelves quite a few times but I could never quite bring myself to buy a copy with all of the mixed reviews I’d read. Do I really want to invest in a series that might not be that good when I have so many other books in my TBR?

Well, on a rainy Saturday afternoon in the city centre I was feeling a little down in the dumps and wandered into the Waterstones to try and cheer myself up with a new read when I came across Cinder. I picked it up and read a few pages and kinda enjoyed it. The book is set in a futuristic New Beijing where humans and cyborgs exist together. Cinder herself is a gifted cyborg mechanic whose life becomes intertwined with the young Prince Kai’s due to a chance meeting. You can probably gather the rest from the title. Yes this is a little bit like a retelling of Cinderella- no lie.

I’ve just finished the second book in the series called Scarlet and I’ve already got my eye out for the third. There’s something about this series that I really enjoy. Yeah I know it’s a bit like the retelling of classic fairy tales but there is so much ground work in the characters themselves and how they all connect together that I don’t care. It’s a mixture of girl squish on some parts and gritty in others – to put it plainly.

If you’re after a good, quick and quirky adventure read then I recommend this series, you won’t be disappointed. Don’t ask me to type out the title of this book over and over again as I write about it because it’s hard enough to say let alone type out even with a copy and paste shortcut facility.

This book has been doing the rounds for a very long time. I remember a work colleague raving about this to me over two years ago and saying how creepy it was because of photographs between the story. He was not wrong. I got my copy when I was in the mood for a bit of horror – which isn’t very often – and this book did not disappoint at the time.

This thriller follows a young American boy called Jacob who after a family tragedy is taken to a small island off of the coast of Wales whereupon he comes across the crumbling ruins of Miss Peregrine’s Home For Peculiar Children (dammit I said I wasn’t gonna repeat the title!). The rest of this very adult-orientated tale follows Jacob as he finds out more about Miss Peregrine’s home and his family history and it’s a very good read. The book has been so popular that Tim Burton has made a film due for release this year.

To be honest, I really succumbed to charms of this book without really wanting to. A book with *scary* pictures all the way through to help tell the story… pfft yeah like that’s gonna give me the creeps. But it did. I was freaked out on more than one occasion by the photography used in this book – I will not lie.

I will always champion reading the book of a film before you see at the cinema and this occasion is no exception. If you’ve seen the trailer and thought it looks like something you’d want to watch read this book first – you’ll really like it. The Opposite of Loneliness: Essays and Stories by Marina Keegan

Hands up, I am totally divided on my opinion of this collection of essays by a young Yale graduate who died very suddenly before reaching success. Her family, friends and lecturers all got together and published a collection of her fictional works after her death and by looking through other people’s reviews of this book it’s seems like everyone has an opinion about her becoming a posthumous published author.

On one hand you have a bright young woman who was a breadth away from starting her way into the world of literature who was tragically taken from this world before she got chance to make an impact. Yet, on the other you have a published works full of pieces that are unfinished, underdeveloped and apparently not even that good (other people’s opinion, not mine may I add).

Personally, I went into this book knowing that the works were pieces submitted for marking and understood that not everything she had written would be gold dust. The fact of the matter is this young girl had talent that would’ve developed into something that could’ve been astonishing if she had not died and her nearest and dearest got together and made her dreams become a reality by having her work published.

Enough of this hogwash about her ideas being immature and basic – I get the feeling that a lot of people who have picked up this book and reviewed it are just a tad bitter that she became a published author just because she died.  I’m keeping this one on my bookshelf for all those half-cooked ideas I’ve had of my own that I’ve been far too shy to develop and as a reminder that even after you’re gone from this world some people can make something happen for you in your memory that is incredibly touching.

That’s everything I managed to get through in January even though it was ages ago – what have you read recently? Have you any of the books in this post? Let me know in the comments.