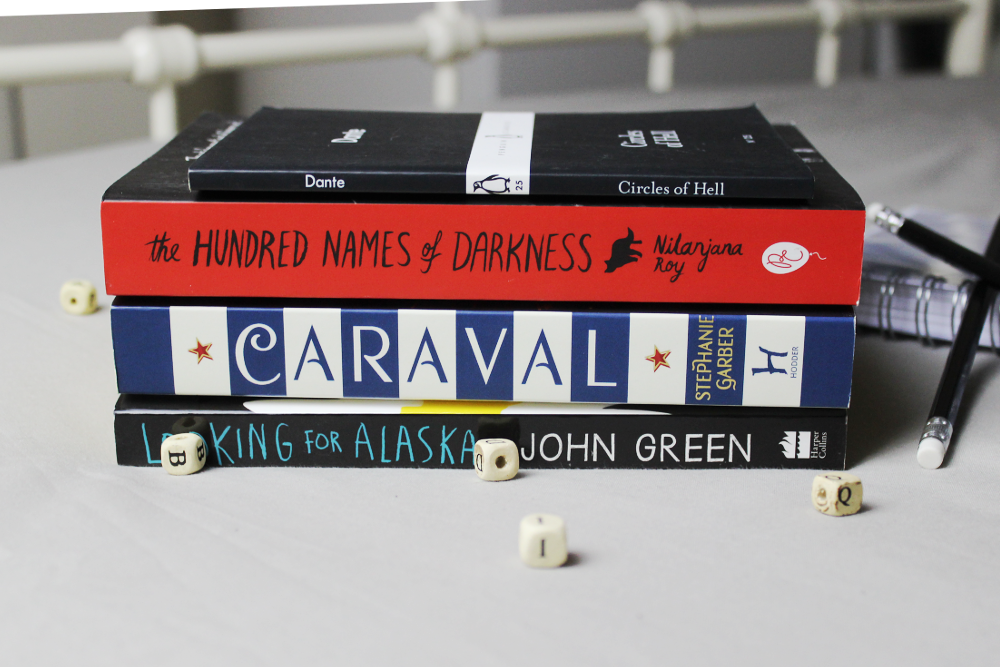 Well, that was a completely mad month wasn’t it? As much as the internet was swimming with all the drama, I was taking time out and cracking on with my TBR mission of 2018. I made a real good chunk into my list for this year during January and read some fantastic books – and of course some crappy ones too:

The Queen of the Tearling by Erika Johansen

Kelsea Glynn is the sole heir to the throne of Tearling but has been raised in secret by foster parents after her mother – Queen Elyssa, as vain as she was stupid – was murdered for ruining her kingdom. For 18 years, the Tearling has been ruled by Kelsea’s uncle in the role of Regent however he is but the debauched puppet of the Red Queen, the sorceress-tyrant of neighbouring realm of Mortmesme. On Kelsea’s 19th birthday, the tattered remnants of her mother’s guard – each pledged to defend the queen to the death – arrive to bring this most un-regal young woman out of hiding…

This book was by far my favourite to zoom through in quite some times. I went off of fantasy for a little while but this one kinda clawed me back. Of course, I’d heard some glowing reviews of this book and series but I’ve so let down by Sarah J Maas’s books as of late that I was reluctant to put my faith in an unknown fantasy novel. Well, this was way more than I was expecting. I devoured this book in a matter of days which has been completely out of character for me for the past year.

Who Runs the World? by Virginia Bergin

Sixty years after a virus has wiped out almost all the men on the planet, things are pretty much just as you would imagine a world run by women might be: war has ended; greed is not tolerated; the ecological needs of the planet are always put first. In two generations, the female population has grieved, pulled together and moved on, and life really is pretty good – if you’re a girl. It’s not so great if you’re a boy, but fourteen-year-old River wouldn’t know that. Until she met Mason, she thought they were extinct.

I picked this book up when I was on a good old YA binge, but I made the mistake of reading it just after I’d read The Power. Why and how did I do this? I think I ruined a perfectly good story for myself because I was too keen. The writing is a bit disjointed in this book and it hops around in perspectives a little bit and hell, I’m still a bit confused about exactly what happened to create the setting but River was pretty cool. Bergin captured the female adolescent in a dystopian environment rather well. I liked it.

Circles of Hell by Dante Alighieri

‘I truly thought I’d never make it back.’ – Ten of the most memorable and most terrifying cantos from Dante’s Inferno.

This is such a terrible edition. I wouldn’t have bothered with this if it wasn’t a part of the penguin classics collection. This is just one long poem taken completely out of context and I really had to force myself through to finish it, thank god the book was so small! 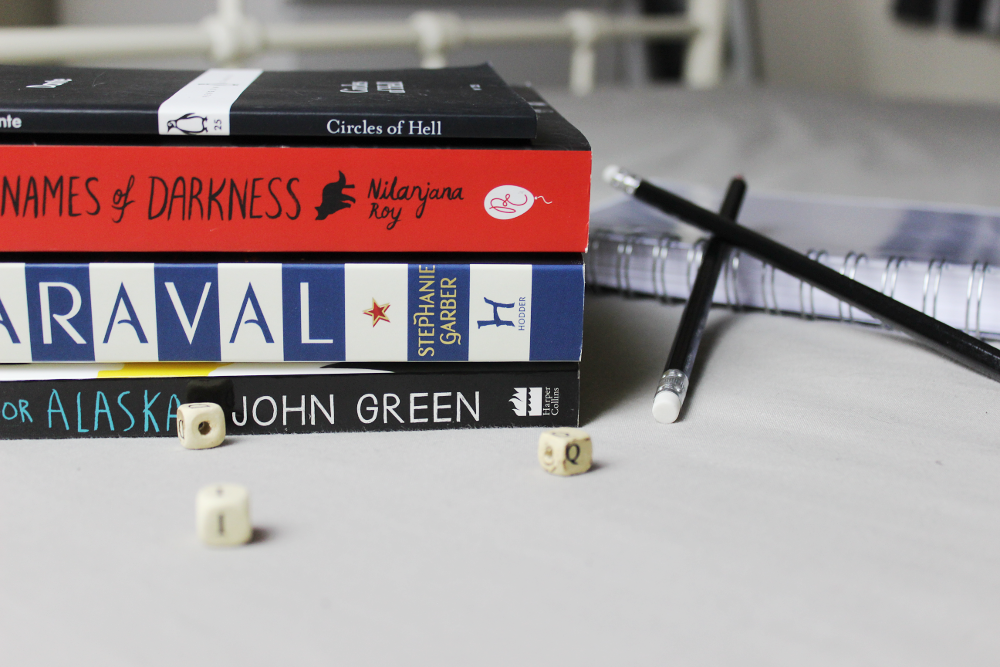 Scarlett Dragna has never left the tiny island where she and her sister, Tella, live with their powerful, and cruel, father. Now Scarlett’s father has arranged a marriage for her, and Scarlett thinks her dreams of seeing Caraval—the faraway, once-a-year performance where the audience participates in the show—are over. But this year, Scarlett’s long-dreamt-of invitation finally arrives. With the help of a mysterious sailor, Tella whisks Scarlett away to the show. Only, as soon as they arrive, Tella is kidnapped by Caraval’s mastermind organizer, Legend. It turns out that this season’s Caraval revolves around Tella, and whoever finds her first is the winner.

This story was just the right level of magic and mystery and it came at the right time. I bagged this from Tesco for £3.70 weeks back so I was looking forward to getting my teeth into it anyways but oh my, and wow. So, Tella is annoying as anything especially near the end of the book until the mystery of Caraval unwinds but the romance between Scarlett and Julian… I loves it! For once this was a realistic romance because the main character admits that she’s madly in love with this boy but she hardly knows him, she doesn’t jump all in without being grounded about the whole affair. Not to mention how thick the drama is in this book. Thick. 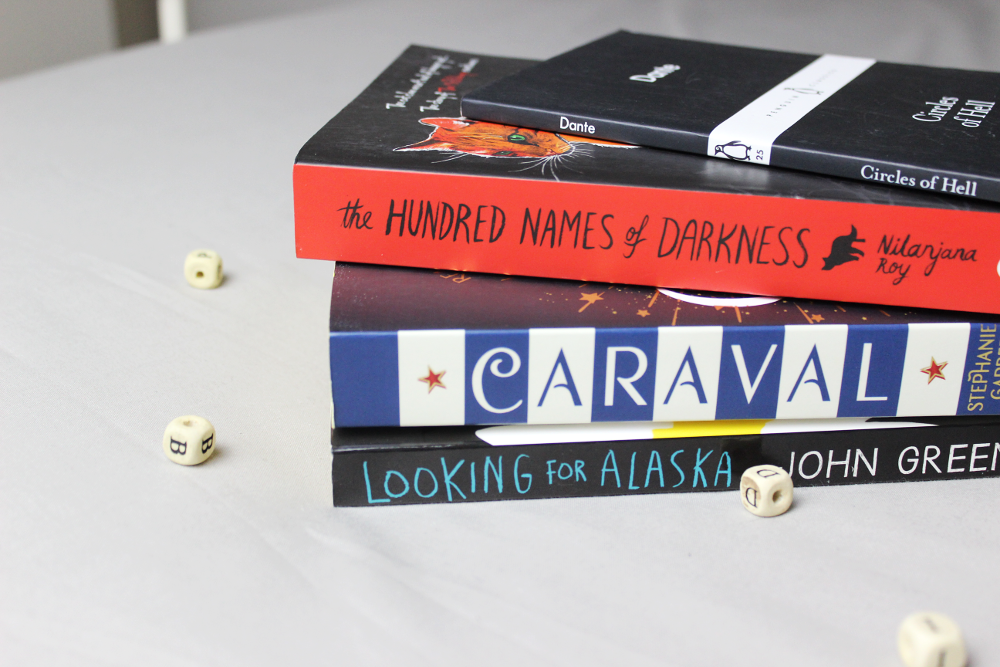 Looking for Alaska by John Green

A deeply affecting coming-of-age story, Looking for Alaska traces the journey of Miles Halter, a misfit Florida teenager who leaves the safety of home for a boarding school in Alabama and a chance to explore the “Great Perhaps.” Debut novelist and NPR commentator Green perfectly captures the intensity of feeling and despair that defines adolescence in this hip, shocking, and emotionally charged work of fiction.

If you’re looking for something like The Fault in Our Stars you won’t find it here, this is one of Green’s first published books and quite whimsical in comparison. There’s of pretty quotes and this 100% a book written for a teen audience. It totally didn’t gel with me at the grand old age of twenty-seven though…

The Hundred Names of Darkness by Nilanjana Roy

Nilanjana Roy takes us back to the Delhi neighbourhood of Nizamuddin and its unforgettable cats – Mara, Southpaw, Katar, Hulo and Beraal. As they recover slowly from their terrible battle with the feral cats, they find their beloved locality changing around them.

Oh, my heart still hasn’t recovered from the first book. Anything to do with cats turns me into a giant ball of squish and I remember now why I left this on my bookcase for such a long time – it’s too deep for me. I hadn’t read a book from an animal’s perspective for a long time until I came across Roy’s series and just like that novel from my childhood, this one haunts me. I love the characters, I love how it’s written and the title is just beautiful.

Have you read any of the book in this list? Which one is your least favourite? Let me know in the comments.