I’ve championed Primark for their affordable clothing for years since a branch opened in the high street of my home town. This was a time when Primark really took off in the UK and myself and all my friends at the time couldn’t get enough of the cheap t-shirts and jeans as well as underwear and loungewear the company had for sale. In fact, when I was in my late teens I took a second part-time job as a Christmas temp (as well as full time college) at the very shop I used to go hunting around in for bargains.

Remember when teenage girls couldn’t get enough of the cheap Ugg boot rip-offs that Primark used to sell? Yup, I remember putting through pair after pair of those during my Sunday shifts behind the tills and I also remember the little amounts of money people would spend stocking up on the staples of a new seasonal wardrobe and when selling candles was as far as you got with homeware – and even that was wild enough. Fast forward and now Primark sell practically everything you could think of for cheap, you can pop into one of their shops and be transported to a world of fairy lights and decently-priced homewares and even luggage now. Way back when I could just stretch to a £1 pencil eyeliner from Primark, now they have a whole damn department for that.

I was sniffing my way around all of the beauty stock they had in at my local branch months ago and as I walked past a very kindly male staff member explain to a couple of teenage girls which make-up brushes were best used for which application (what a legend), I spied a few pieces that I immediately wanted to add to my beauty stash. I’d just gotten into taking contouring seriously in my daily make-up regime so when I spotted this full face palette with bronzers and highlighters so I felt like I just had to have it. What’s a girl to do when she starts approaching a new make-up technique she’s not sure on? Spend on something cheap in case it doesn’t work out!

I can have a happy little play with this soft palette, even if it all goes south and my cheek bones seem a bit too prominent for it not to look to much like I’m a five-year-old playing with Mummy’s make-up bag. The product is half matte and half cream which is the best way I can use to describe it but be assured, this is a face palette to feel comfortable with so don’t let my description put you off.

The brown shades are really build-able for a soft contour with the right make-up brush but unfortunately the highlights are very weak on my skin tone in comparison. I had a swatch in the shop and knew that they wouldn’t be quite as strong as I liked so I also went home with a cream pencil application strobe kit too. Strobing is almost too new to me as I’ve only just gotten comfortable enough with contouring but after having these pencils with my everyday make-up for some time I’ve started to use them for general all over application which is what I think they’re meant to be used for. The shades are gentle enough to be experimental on wherever you apply them to your face – I like to occasionally use the pink-toned one as a brow bone highlighter and it looks quite subtle yet affective.

As stated these are a decent replacement for the weak highlighters in the face palette I purchased and there’s enough precision with the pencil-like tips for to be able to map out where you want to highlighter to go and then blend to your heart’s content so they’re a decent buy. Yup, they do feel cheap in terms of design but for a couple of quid there’s no point in moaning about it. 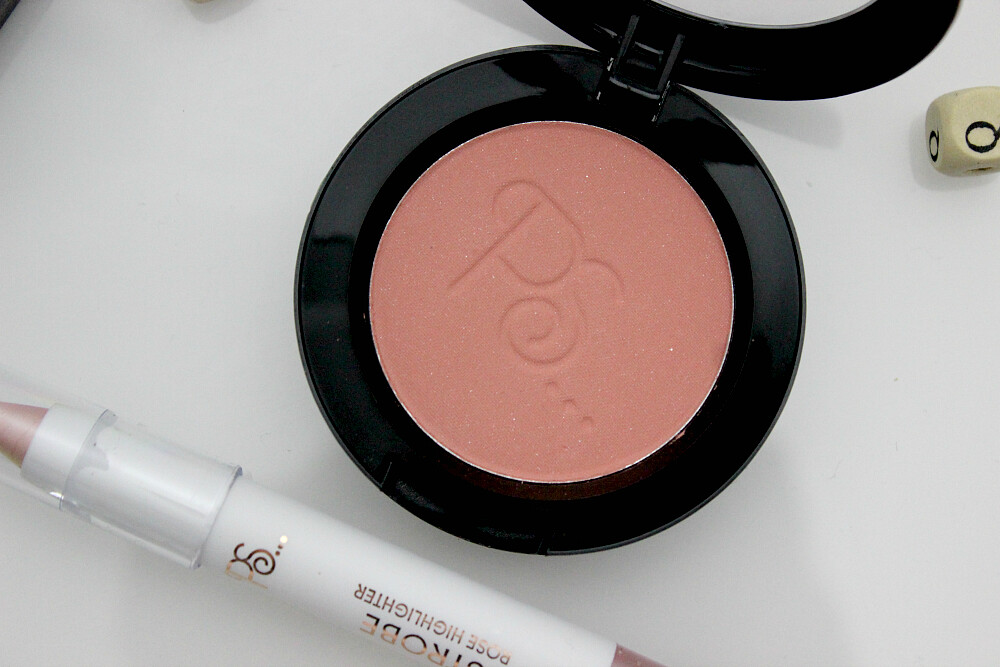 I was also on the hunt for a new blusher at the time and I shouldn’t really have bothered because a month later I was gifted a full set with plenty of blusher shades to keep me happy – which was a good thing because I hated this after a few uses. I don’t know if it’s because this is quite a matte blusher or if it’s my skin tone but this just doesn’t work without me looking like a clown.

The good news is that the pigment on this blusher is fantastic, but that’s just not enough to keep me using it. I like to be subtle with my blusher but I’ve had far too many liberal moments with this on the early mornings when the lighting in my bathroom isn’t great so I’ve hidden it away in a drawer to save myself any further embarrassment. Shame, the price was a stunner but the colour was just pants. I also picked up a lip crayon of which the tone doesn’t pick up well on camera. I have a lot of pinks and dull tones in my lipsticks so I chose this for an in-between to a strong red for everyday wear and to be truthful I’ve lost it somewhere. I think it fell down the back of my drawer unit within a week of owning it or most likely the cat has been playing with it and rolled it somewhere because he’s developed a habit of running off with my pencil liners during the day when I’m out.

For the few days I did have it I was impressed, the wear was good enough for it to be worth the little I paid for it and the colour was a nice match. Even though the Cardiff Primark branch is huge there weren’t that many lipsticks to choose from in the make-up collection so I was  bit annoyed when I went back to pick up another one last week and couldn’t find the lip crayons anywhere. I’m hoping this will pop up somewhere in the house so I can start using it again but in the meantime I’ve plenty of lipsticks and balms I can wear instead.

Have you been into the Primark beauty section lately? What do you think of the selection they have on offer? Let me know in the comments.