I’ve hardly been a huge fan of Lush through the years because to be honest with you, I didn’t really ‘get’ it. Yeah I understood it was all about being against animal testing and the like but the fact that you could buy shower gel that looked like a blob of jelly and scrub some weird tasting stuff on your lips instead of my much-loved (and cheaper) Nivea raspberry balm to keep your pucker supple didn’t speak to me on any level. I would go in there and my friends would be all too willing to have a member of staff rub foaming soap into their hands whilst preaching the benefits of said product and I would just be looking around at the giant wheels of soap that looked like cheese on the counter feeling all too overwhelmed, and poor – mainly poor.

As a youngster I never got pocket money and every dime I’ve had to spend since I was sixteen has been earned by myself so walking into Lush and spending more than a fiver atleast on some face cream you have to keep in the fridge didn’t make sense to me. It wasn’t until I was much older and went in there totally on my own to have a look and got talking to a friendly staff member in the Leicester branch that I kinda understood it all and went home with a few bits to try. And then I went back, and back again. 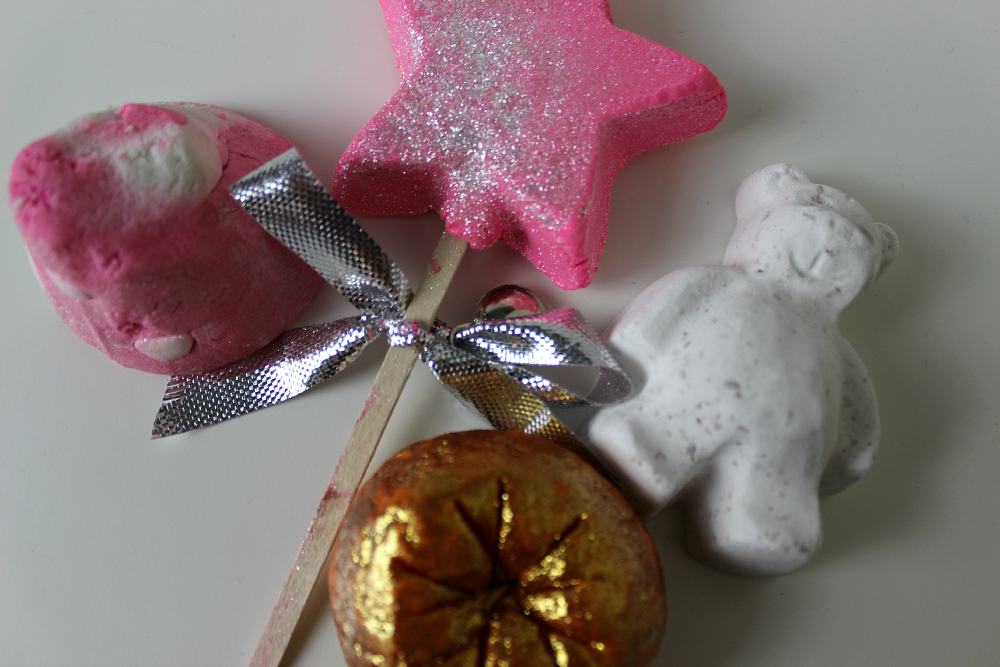 Walking into the Cardiff shop I literally had to peel a group of teenagers away from the bath-bombs and soaks so I could have a look at what I wanted to buy rather than sniff. I was surprised to see products at a variety of price ranges and miles from the expense I saw them as when I was these girls ages! I was seriously considering getting help from a staff member so I could actually see something because the display was so popular and I’m now wandering if this was due to the benefits of these products or the exposure they get nowadays with the likes of YouTuber’s and bloggers alike but meh, I’ve not really been ‘into’ Lush for a long time so I don’t know.

In the interest of giving anything a go and my latest payday packet burning a hole in my pocket I decided to try a few old loves and new finds: 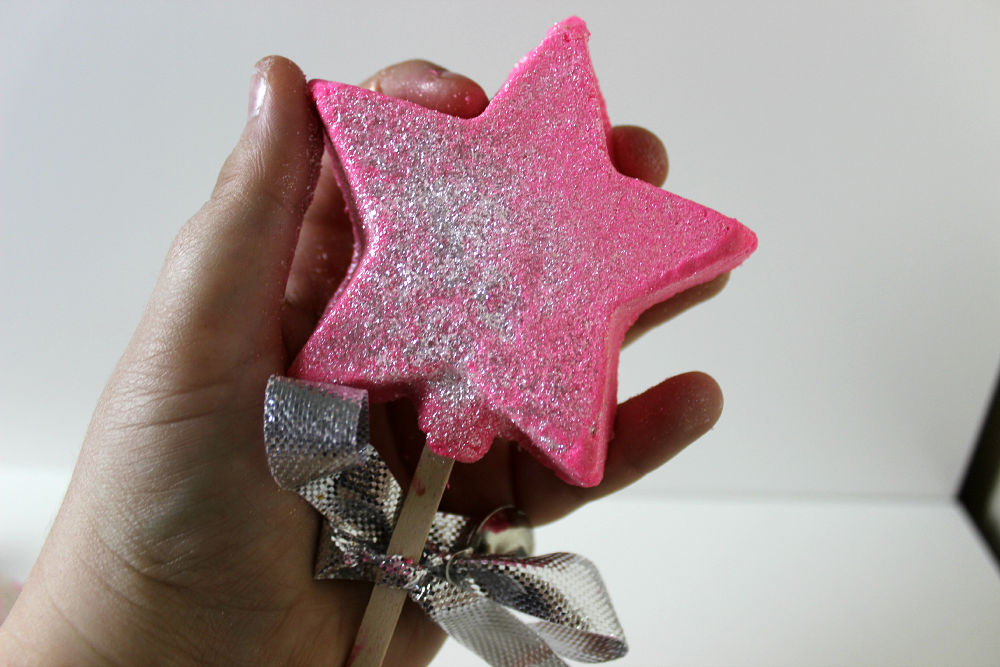 Almost every year someone recommends the Magic Wand Bubble Bar to me, if it’s via blog post, vlog or even by the staff in the shop themselves and every year I resist. I don’t really know what put me off them before but since using The Comforter Bubble Bar for months and months after I brought it and loving the feeling and foamy girl-ness in my bath I finally caved and decided that yes, yes I would spend my evening pretending I’m a real-life fairy princess as I wave this wand around in my bathtub.

I was going to go for The Magic of Christmas Bubble Bar  as I was intent on picking up some seasonal bits but then I gave it a good old sniff and I found the smell too strong for me. I like my scents sweet and almost sickly so this one was the winner of the two if I was going to try a wand for my bath. I’m interested to see how it’s going to last without staining the side of my bath before it dries and I can use it next but for now – where’s my tiara to try this bad boy once and for all? 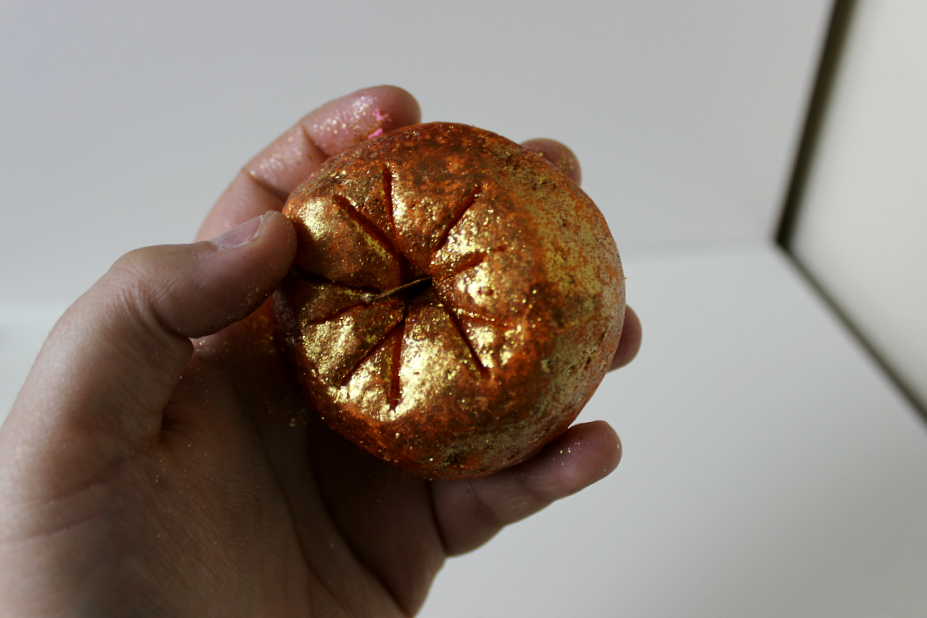 If you’ve been hanging around the blogging world at this time of year you’ll notice that almost everyone manages to book in either a trip to a Lush shop or make an online order for most of their Halloween stock. Okay I put my hands up and admit I did buy this mainly because it was Halloween themed but seeing the poor bloke who was restocking the pile have to dig his way through an orange-glitter mound-mess and get it all over his face was hilarious and probably did make me want to buy one even more.

I spend the majority of my time in Lush sniffing everything, as weird as that sounds, and I choose a new product purely on how it smells rather than how it looks. If it’s themed and I don’t like the flavours I don’t bother buying it so a lot of the Halloween stuff was out. This one smelt okay to me and I wasn’t going to say no to this sparkly little fella for £3.65. I put it in my basket thinking ‘why not’ but I’m sure I’ll be cursing past and careless me when I have to clean all the glitter out of the tub. 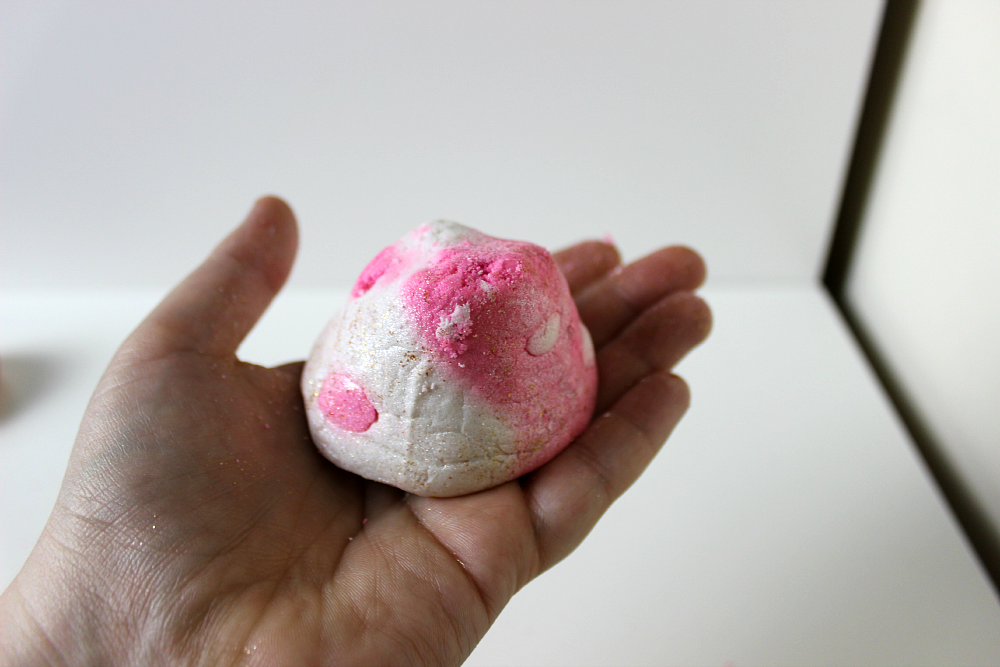 I’ll be honest with you, the top of my Candy Mountain Bubble Bar crumbled in my bag on the way home and rather than try to piece it back together I took full advantage and used it in a bath before writing this post. No shame.

I wanted to pick a variety of products and prices for my haul and this one was one of the cheaper products for under £3 which I thought was a bargain. I like to break little bits off of products because I rarely fill up my bathtub to very brim and don’t sit in it for more than ten minutes from fear of turning into a giant prune so this seemed ideal to me – especially because it smells incredible. You know how everyone goes a bit mad for Snow Fairy? Well, I go a bit mad for the scent of Candy Mountain instead. Oh baby, come to me so I can dissolve you in my bath and dream of the Haribo Starmix bag I’ll be buying on the way to work tomorrow morning thanks to you and your sweet, sweet scents. 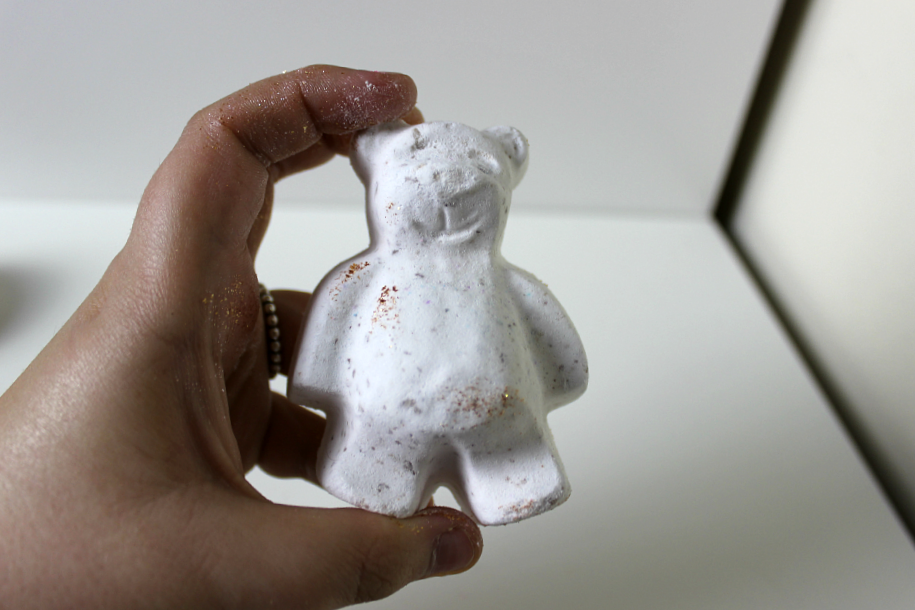 I’ll admit that this is the product I’m the least excited about using. I wanted to give the cheapest products on the shelf a chance when I went in and I noticed that the products that cost the least had lesser ingredients and were mainly vanilla scented. We live off of vanilla candles in this house so I thought having this in my bath would be no problem but I just can’t bring myself to actually feel anything about it as a product. I usually get hyped about the smells of a Lush item and this just smells buttery to me and totally uninteresting. However, I’m prepared to accept that the concept of what Lush produce isn’t just about the scents but also the benefits of the ingredients they use so I’ll give this a go regardless.

He’s a cute little fella but watching him be chucked into a full bath and bubble away on the website makes me want to savour him and maybe pull off an arm or a leg at a time like I do when I eat gingerbread men. A bit morbid, I know.

I’m sure he’ll come in handy on those cold winter nights and you never know I may be back in the shop as soon as he runs out stocking up because sometimes simple smells and ingredients go down better than plenty of them because all you’re doing is simmering in a tub full of hot water, right?

So that’s my Lush haul for the autumn season in a nutshell, I didn’t go overboard because all of these will see me through for weeks to come and being as we don’t have any hot water in the flat at the moment it’ll take me even longer to use them up. I’ll probably pop in before Christmas to get a few themed items but judging by what was out when I went in last time I don’t know if I’m going to like the scents they have on offer.

Have you brought anything from Lush lately and what did you think of it? Let me know in the comments.