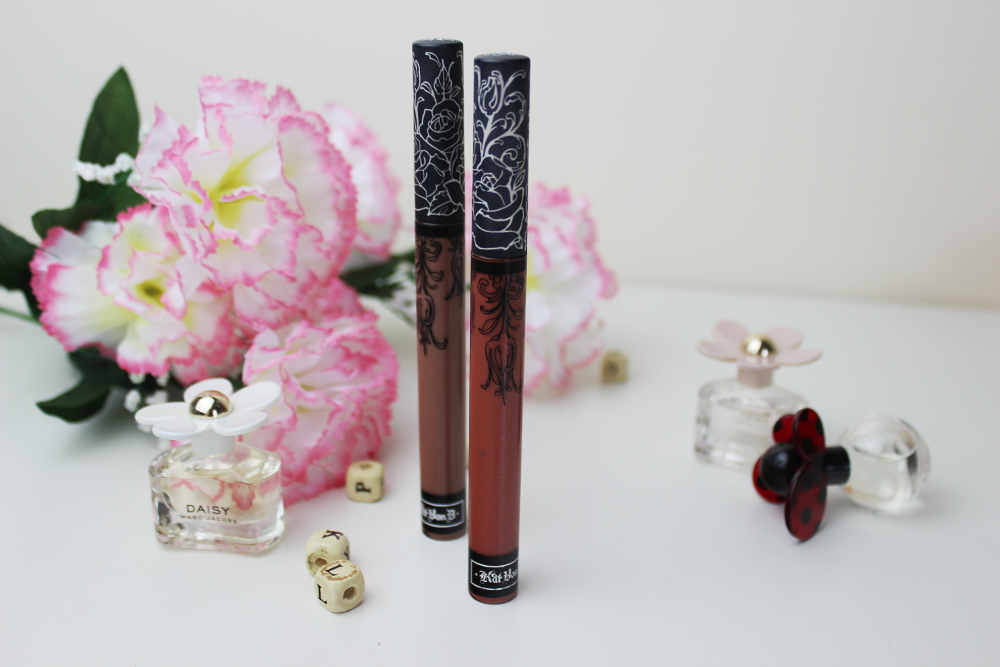 I do love a bit of Kat Von D. I used to watch LA Ink until whatever drama kicked off and that tatted-up vixen was off my radar until she started making waves in the make up industry. Always one to give a hyped product a go, I marched down to a Debenhams to try one of these out and now I’ve had two of them sitting amongst my stash for about six months.

Sadly, I only tend to grab them now and again because the shades that I own are so strong that they aren’t exactly the best for everyday wear, but they do a fantastic job of finishing off a bold look when needed so are a great addition to my lippy stash even if I have a love/hate relationship with them. 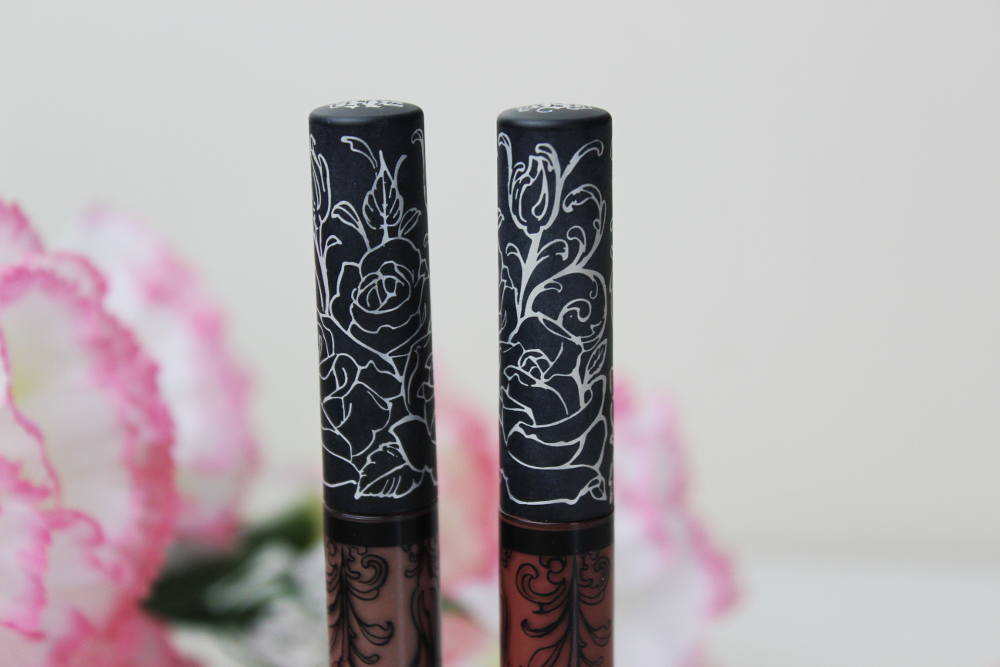 The primary reason why I don’t wear these liquid lipsticks very often (and why I feel that I needed to review them on my blog) was that the wear isn’t all it’s cracked up to be. I purchased Lolita II first when Kat Von D stands hit Debenhams stores and then I craftily added Bow N Arrow to an order I made online at Christmas. As much as I get on with this for application, I swear I can’t last until midmorning before I’m having to top-up.

These liquid lipsticks are meant to be long wearing and when I first started using Lolita II I thought I was the tits for owning and wearing a beauty-counter brand other than MAC and expecting it to last me right up until tea-time but I was ultimately disappointed on the wear-time from the get go. 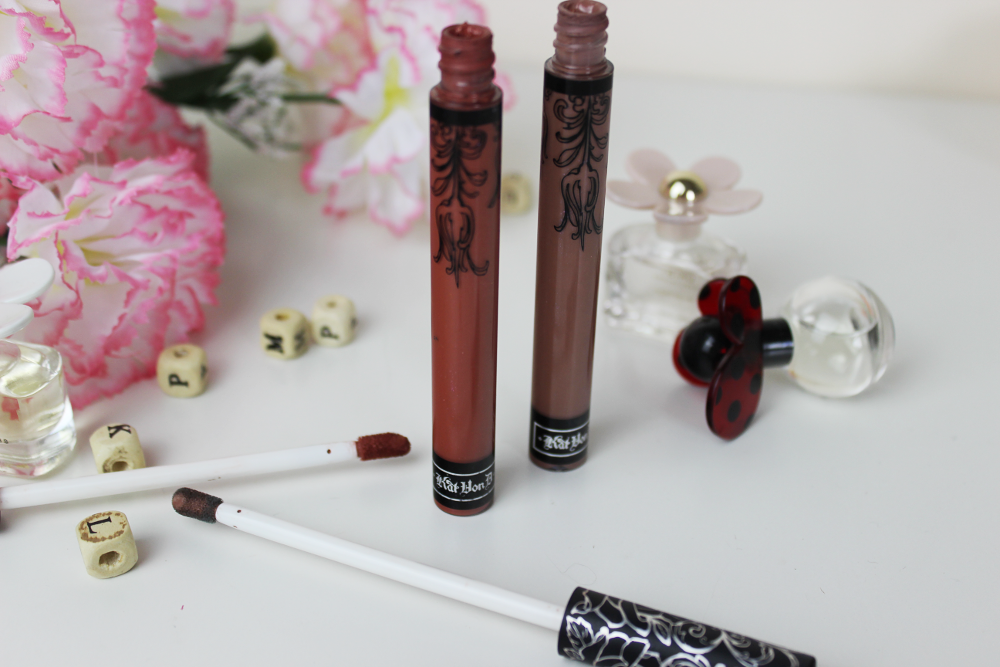 These liquid lipsticks feel quite oily on application even though the wand and bottle have their own benefits, the product just doesn’t quite live up to the hype I came across. Whenever I wear one of these I don’t fall down the hole of putting on too little, or even too much because the packaging is great, but they leave my lips feeling like they’re got an extra coat of something slippy until they dry to become matte.

I tend to find that my lips either dry out completely or the excess product that hasn’t been absorbed sticks around and comes off on everything. Tea cups, fingers, pens… it just goes everywhere. 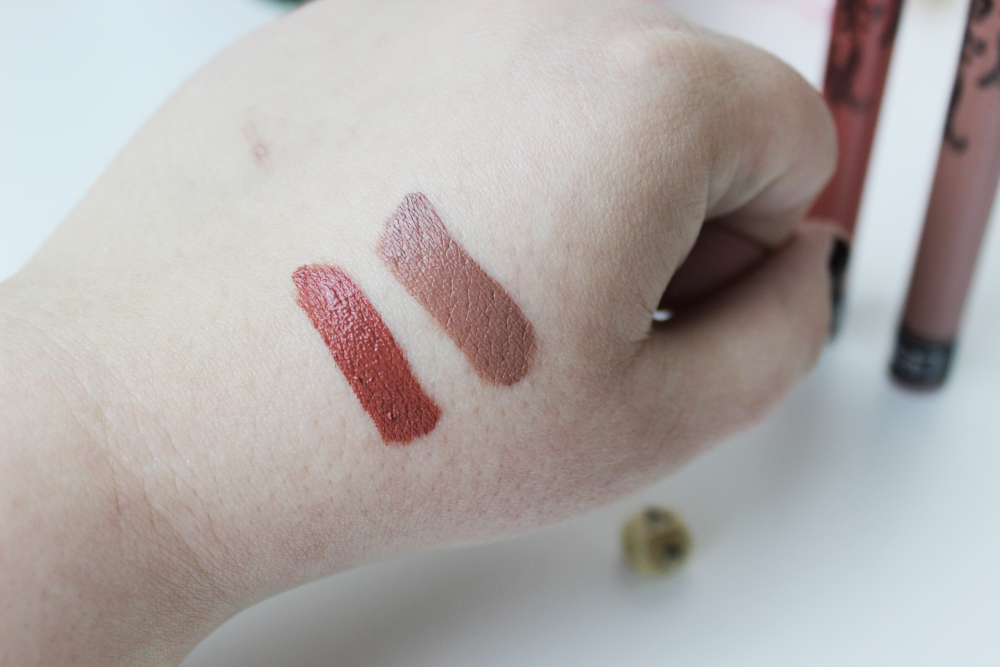 As annoying as these liquid lipsticks can be to wear… I’m in love with the shades. The burnt-out orange of Lolita II is my go-to for matching with my Urban Decay Heat Palette most days and I like to keep Bow N Arrow to pull out of the bag for a different sort of lip to what I’d usually go for. In actual fact, when I chose Bow n Arrow I’d seen it mentioned on Instagram and it had looked like a completely different shade (a lot more pink than what the shade is IRL) so I was a bit surprised when I swatched this at home but it came to grow on me as a shade in the end and now I love it. 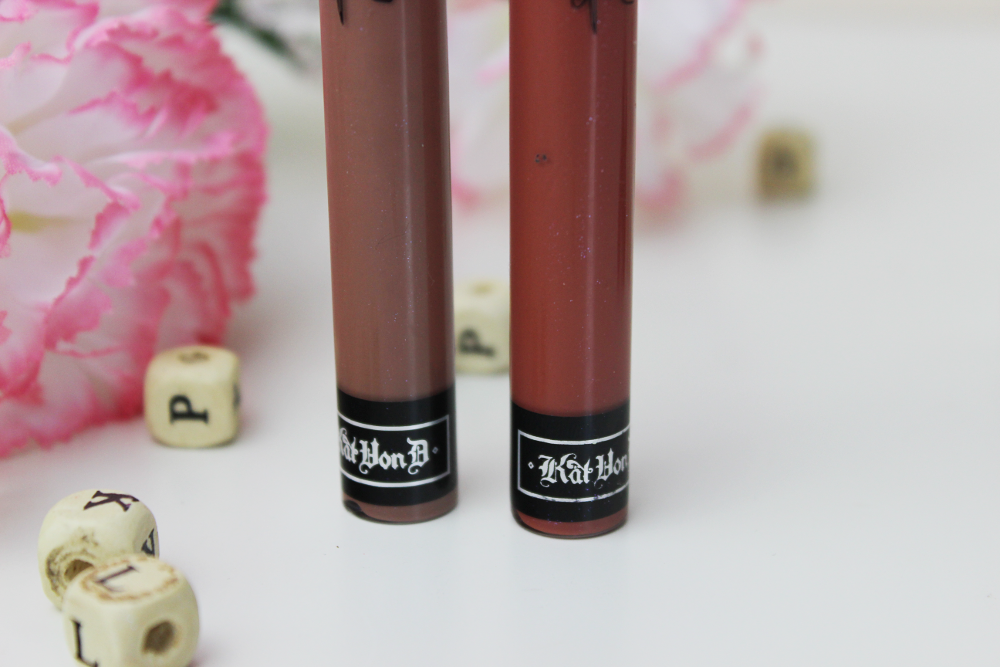 So would I buy more of Kat’s liquid lipsticks? It’s a solid no to be honest with you. I’ve been at a stand recently and swatched every shade that I thought I might like and they just don’t call to me as much as the two I already own have. It’s like the NYX Lip Cream effect, as wide as their shade range is I’ve found my love for Cannes and there’s just no moving on that now.

All in all, as much as I bash these lip products they packaging is so gothy-gorgeous and the shades I own are beautiful… I just have to remember to keep topping up the coats whenever I pop to the loo to keep the colour consistent throughout the day.

Have you tried of any of these liquid lipsticks? What did you think of them? Let me know in the comments.