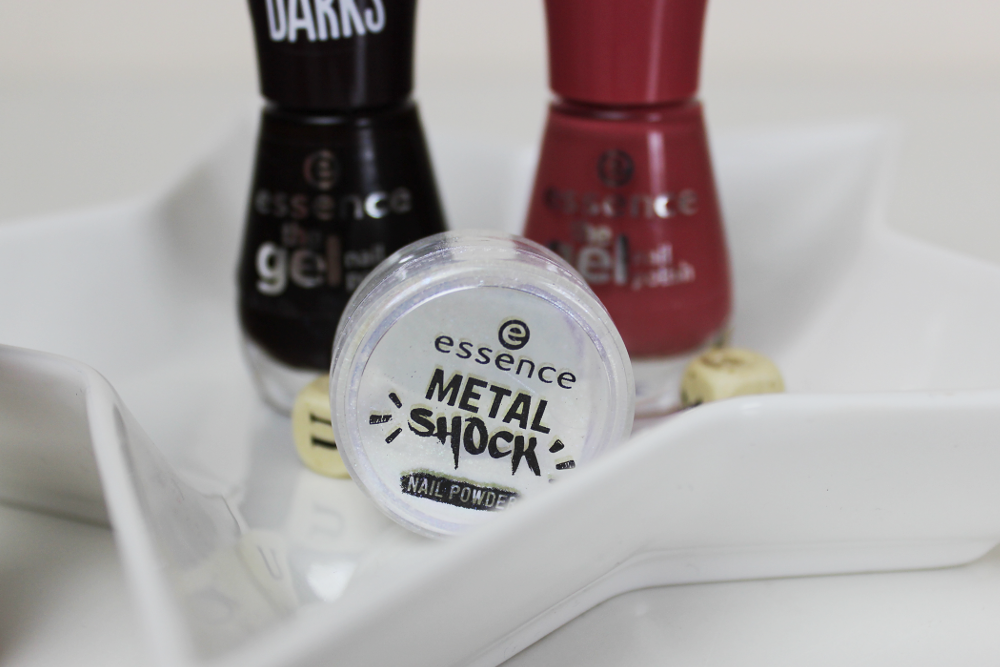 I do love a good nail polish buy. I’m often on the look-out for a new nail polish to add to my stash whenever I’m in a high-street drug store or even at my local supermarket’s cosmetics stands. I like to treat myself to a new shade from time to time but I do tend to stick to the brands I know and love. I’m a sucker for the Rimmel London Rita Ora range because the colours are stunning and the formula is just – aaaah – I can put a single coat on of that polish and it can last me for days without chipping. However, if another brand I’ve not tried before is getting a lot or chatter online I’ll give them a try to see if they match up to my fave.

When I heard that Essence Cosmetics at Wilkinson’s stores was starting to get shout-outs for it’s spectacularly cheap make up products that seem to have gained the Facebook and Twitter seal of approval I was down to my local shop within hours. I love a Wilko’s haul on the best of days but being as my best mate had just shared a post online about the glitter effect pots as well I felt like I needed to investigate for myself. After all, there’s no truer approval rating than your best gal pal’s is there? 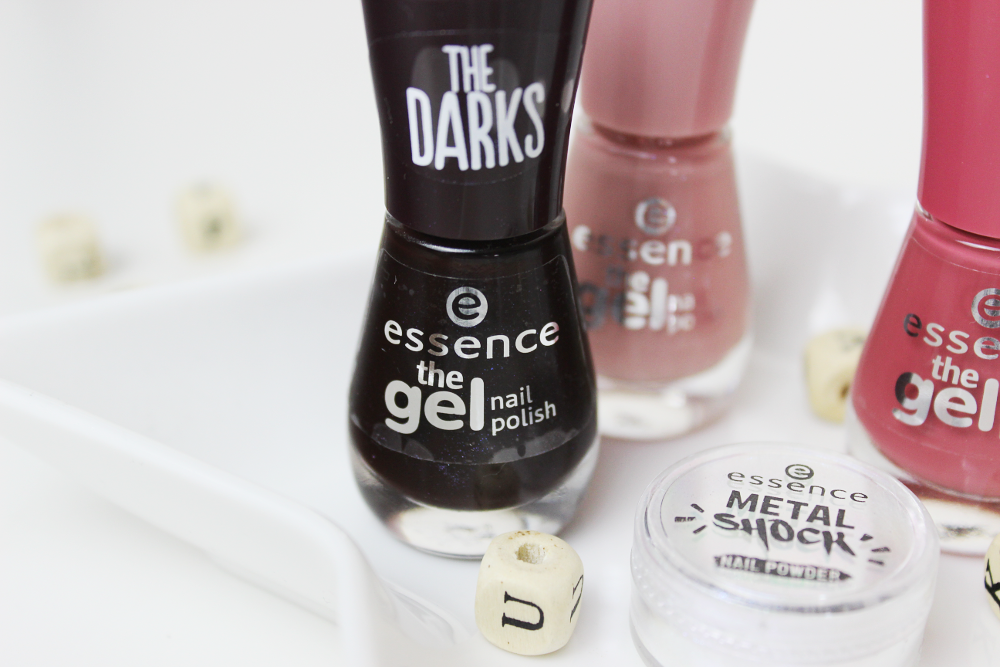 I’ll put my hands up and admit that Essence is aimed at a make up market far younger than I. There’s a bit of a cartoon-y vibe going on around the stand and you can tell that a lot of younger kids and teenagers had been rooting around by the time I got there, and sadly each time I do pop by the stand it’s not well-stocked or maintained which is really off-putting. The price points are fantastic though with a large choice to offer that’s more affordable than Primark (which isn’t too hard these days to be honest…) and there’s quite a few products to pick from that have been raved about online recently. In the end, I swallowed my ‘I’m-nearly-thirty-for-God’s-sake’ shame and just went for it in Wilkos by spending all the time I damn well wanted at that stand swatching and testing away.

Following fellow blogger Gemma Etc’s recent post on how great and affordable the nail polishes are, I eventually picked three of the gel shades to take home with me. I was in a pinkish/coral mood when I went looking so I came out with two of those shades and a dark burgundy/brown shade which is quite far from what I would usually buy. I also picked up a loose glitter pigment on it’s own, but I didn’t buy the companion polish for the set because I knew that I already had some metallics in my stash from Barry M that still have some shelf-life left in them. It’s not like buying an extra polish would’ve broken the bank though because each of these cost me only £1.60. Yes, less than two English pounds each! 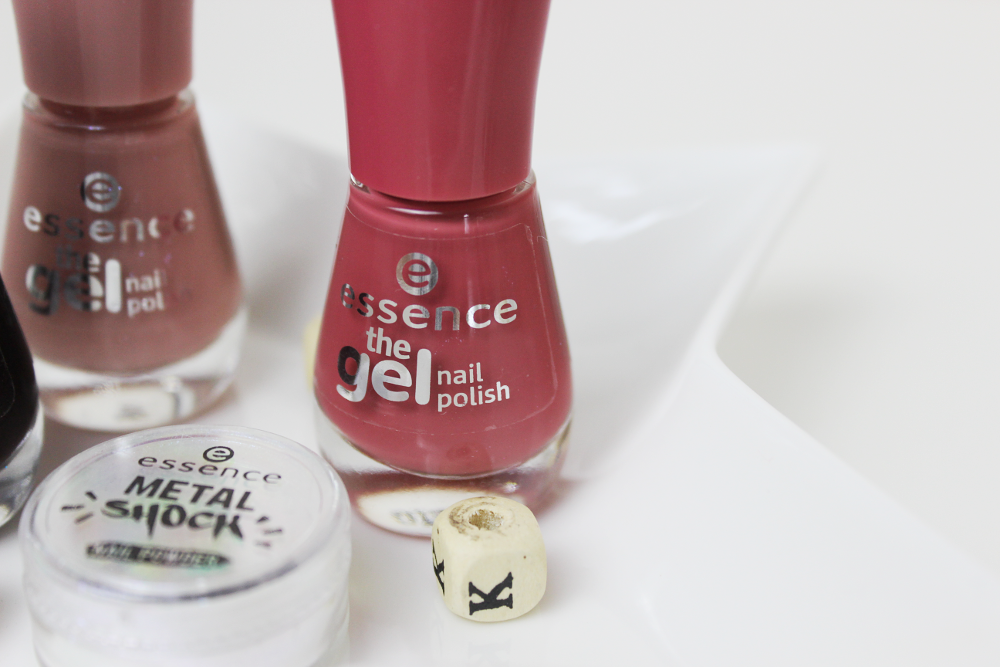 Putting on the darkest shade as my tester first I honestly wasn’t expecting any sort of miracle to come out of my pot and onto my nails because these polishes are damn cheap. I only needed two coats and I was out the door within an hour off to work to see how the formula would stand up to my day-to-day heavy-handed and clumsiness. These days I sit at a desk and type all day wheres in the past I used to be moving heavy laptop repair boxes/chests so any polish I wore had to be tough to stand up to my fingers being bashed about, hence I’m really critical of how quickly a polish can chip or crack. So, if a polish can last more than two days without looking like it’s been on for a week then it’s a winner in my book.

Needless to say, the burgundy shade did stick around for three whole days without a chip before I got really bored in a meeting and started peeling it off. I have an awful habit of picking at polish and attempting to get it all off in one peel per nail (does anyone else do this?) and then leaving little piles on my desk… I know, gross. I had this polish off within a couple of hours because it was so stubborn, but if I hadn’t been mucking about I reckon it could’ve gone on until the end of that week.

The pinkish shades I purchased have done a rotation on my nails too before the inevitable pick-and-peel and they’ve each passed the chip test. These polishes aren’t as hard-wearing as my favourite Rimmel London stash but they do damn well for the price, so I’ve since added a handful more every time I’ve been bouncing around Wilkos looking for bin bags and sponges. For less than two quid you really can’t say no to occasionally sneaking one into your basket can you? 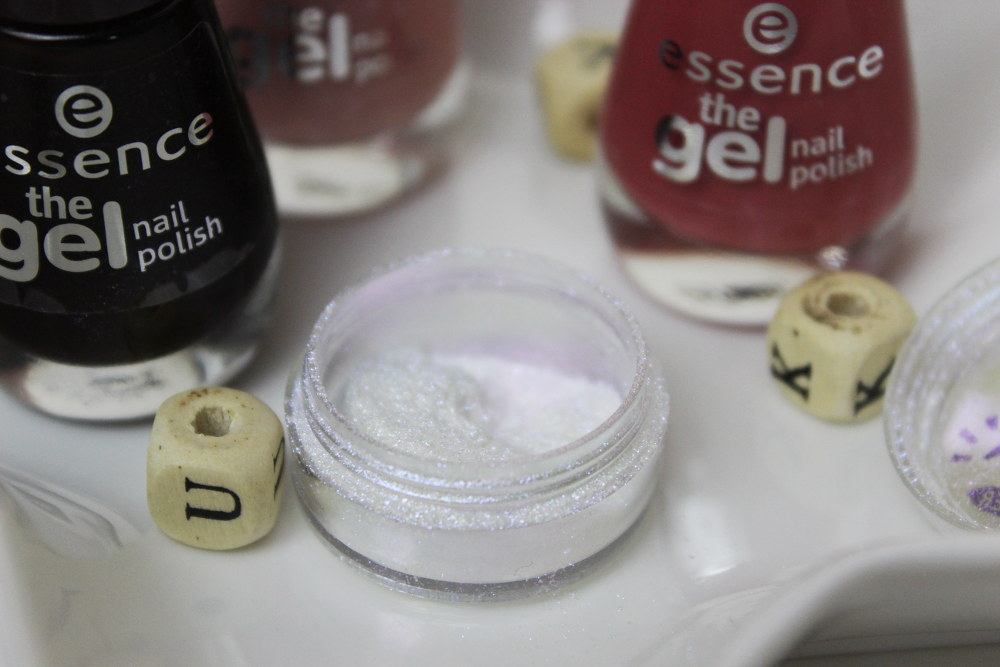 Now, the loose pigment glitter on the other hand. Oh boy. I wasn’t expecting a lot because I don’t even like glitter on my nails that much and I’d read up on some unfavourable reviews of the others glitter nail products Essence make before buying.

The Metal Shock Nail Powder is a part of a trio of very fine glitter powders that are designed to go on top of Essence’s own polish and then sealed with a clear coat. There’s a fair number of tutorials online on how to apply these glitters, with the most popular recommendation being to simply dip your fingernail into the powder but I used a spare make-up brush to apply mine. The glitter goes everywhere because it’s so fine and it takes a bit of messing about to get a good and even coat in the nail but it does look quite nice when the pigment catches the light. 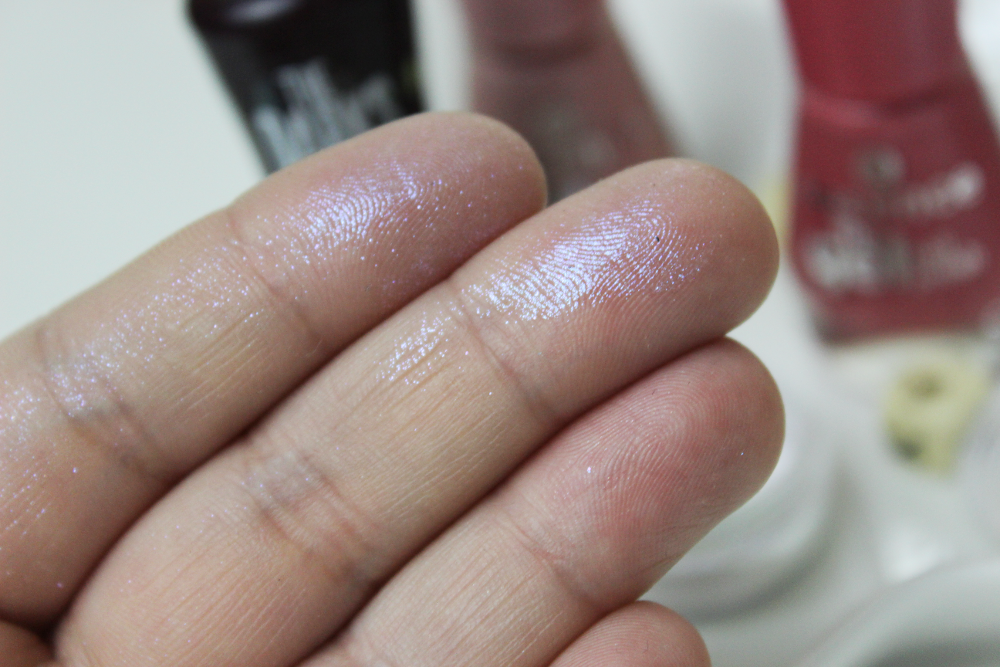 The nail polishes themselves are the winner in this quartet for me. I’m much happier spending my pocket money on the the gel polishes over the loose glitters because I’d use them a lot more, and as I mentioned, I’m not the biggest glitter fan.

Have you tried any of these nail polishes? What did you think of them? Let me know in the comments.